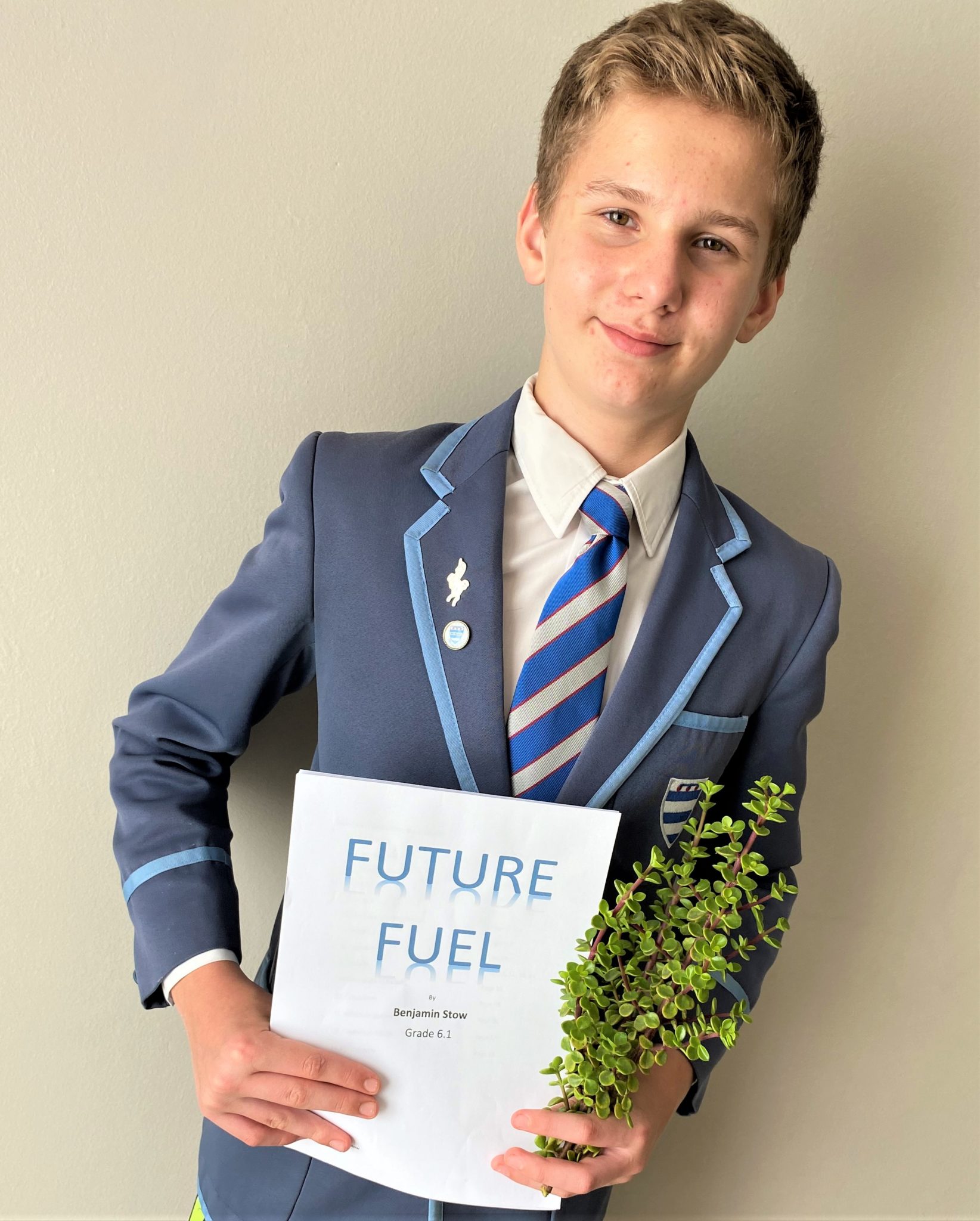 A young scientist from Gqeberha (Port Elizabeth) had a unique opportunity to showcase his independent research in the 2021 virtual Broadcom MASTERS (Math, Applied Science, Technology and Engineering as Rising Stars) – the premier international school science and engineering fair competition in the USA.

“I aimed to prove that you can make a renewable form of biogas out of Spekboom, an indigenous plant to the Eastern Cape. I compared the Spekboom’s ability to produce biogas to biogas produced from ordinary kitchen waste,” said Stow, who observed two anaerobic digesters – one with kitchen waste and one with crushed Spekboom and water – for 21 days.

“Even though the project proved that Spekboom can produce a biogas at a higher rate than kitchen waste it was evident that generating a biogas from Spekboom isn’t efficient. Producing a biogas is dependent on a consistently high temperature which is difficult to control. For a Spekboom Digester to work you will need a constant heat source,” he said.

Stow was one of 27 learners from 25 countries, who had been selected to participate in the Broadcom MASTERS International programme, a companion programme to the Regeneron International Science & Engineering Fair (ISEF). The Broadcom MASTERS inspires, rewards and celebrates young learners’ mastery of 21st Century Skills in science, technology, engineering and mathematics.

Eskom Expo Academic Director, Krishnie Naidoo said through his research on finding alternate fuels, this young scientist has displayed not only mastery of research processes, but the ability to work independently, communicate effectively, think critically, and find a creative solution to a problem.

“A leadership programme such as Broadcom MASTERS will benefit Benjamin immensely, because apart from the valuable peer interactions, he will be able to practice the much desired 21st Century Skills that we are trying to promote in our country,” said Naidoo.

“It is important for South African young scientists to become knowledgeable about these organisations that are power-houses for producing next generation global knowledge, as well as interact with the scientists so they can grow personally and intellectually. These are small, but essential steps to ensure that South Africa grows domestically while taking its rightful place in the international scientific arena,” Naidoo added.

Broadcom MASTERS is a programme by the Society for Science, sponsored by the Broadcom Foundation, to aid participants in reaping the benefits of project-based learning and collaboration with teachers, mentors and professional scientists and engineers.

The programme ran alongside the Regeneron ISEF event from 16 to 21 May 2021, where four South African learners competed against young scientists from around the world for nearly R73 million in awards, prizes and scholarships. Each year, more than 1 800 young scientists from around the world earn the right to compete at Regeneron ISEF by winning a top prize at a Society for Science-affiliated local, regional, state or national science fair.

Eskom Expo Executive Director, Parthy Chetty said: “The concept of the Broadcom MASTERS, which is an acronym for Math, Applied Science, Technology, and Engineering for Rising Stars, is also an excellent way to grow our own young talent in South Africa. In order to stimulate more young learners, especially girls, to pursue studies and careers in STEM, we have to grow talent from a young age and not just do token awards for excellence, as was done in the past”.

Registration is open for participation in Eskom Expo’s virtual provincial science fairs. Learners in grades 4 to 12 may register and upload project documents by clicking here.