Eskom Expo in Kimberley to showcase scientific and innovative projects 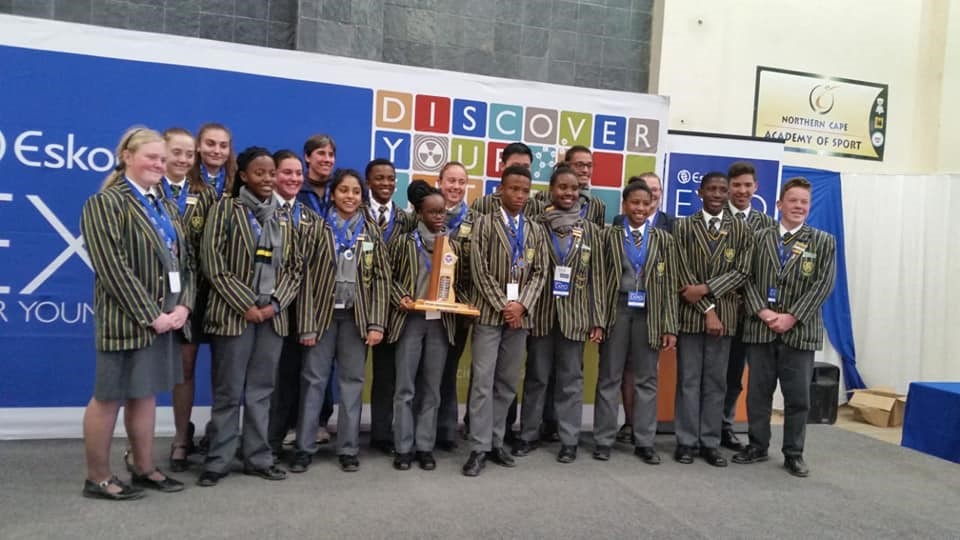 Eskom Expo for Young Scientists in the Kimberley region, in partnership with the Sol Plaatje University, will host a regional science fair to showcase the scientific brilliance of the region’s promising young scientists.

The regional expo will be the first physical science fair since 2019, where learners will have a chance to show and discuss their own scientific investigations in different fields of science, technology, engineering and mathematics (STEM) with judges, teachers and students from other schools, parents and with other interested people.

For the prestigious event, local learners from schools in Kimberley, will set up their projects on Friday, 29 July at the Sol Plaatje University South Campus Multi-purpose Hall from 13h00. Learners from schools outside of Kimberley need to have registered and set up their projects by 08h30 on Saturday, 30 July. The interviews and awards ceremony will be held at 14h00 on Saturday, 30 July, where a number of prizes will be awarded, including calculators, book prizes and basic electricity kits.

Eskom Expo’s Northern Cape Provincial Coordinator, Chris McCartney said the road to this year’s regional final began with a series of workshops in the province, followed by research an innovation camps and then district expos where learners received valuable input from a team of experts to improve their research, prior to regional expos.

“Eskom Expo started the process of developing young scientists in the province by guiding them through the ideation phase of research, as well as assisting them on how to write a research plan, abstract and project report, along with how to identify potential ethics violations,” said McCartney.

“The last two years have been quite challenging, as Eskom Expo had to execute its mandates virtually as a result of the pandemic, so it’s a welcoming return to form to be able to host physical expos this year, where pandemic protocols will remain in place.”

“The regional science expo does not only provide an opportunity to celebrate our future scientists and showcase their talent, but also to inspire more young learners to pursue studies and careers in science, technology, engineering and mathematics,” added Ramonotsi.

Nthato Minyuku, Eskom Group Executive: Government and Regulatory Affairs, said: “Eskom Expo has for more than 40 years sought to cultivate an interest in the sciences in young people, and through strategic support from Eskom, was able to provide a platform for future young scientists and engineers to be developed from school-level. The regional expo provides a platform where learners are able to exhibit their research and innovations, which aim to address not only challenges in their communities, but globally”.

With about 100 projects to be showcased in the region this year, young scientists will compete for a much sought after opportunity to represent their regions and province at the Eskom Expo International Science Fair (ISF), which will be held virtually in October.

At the esteemed ISF event, learners stand a chance to win prizes and bursaries, along with scholarships and various opportunities. Learners also stand a chance to be selected to showcase their research or innovation in an international science fair in the United States of America, Asia, Europe and the rest of Africa.