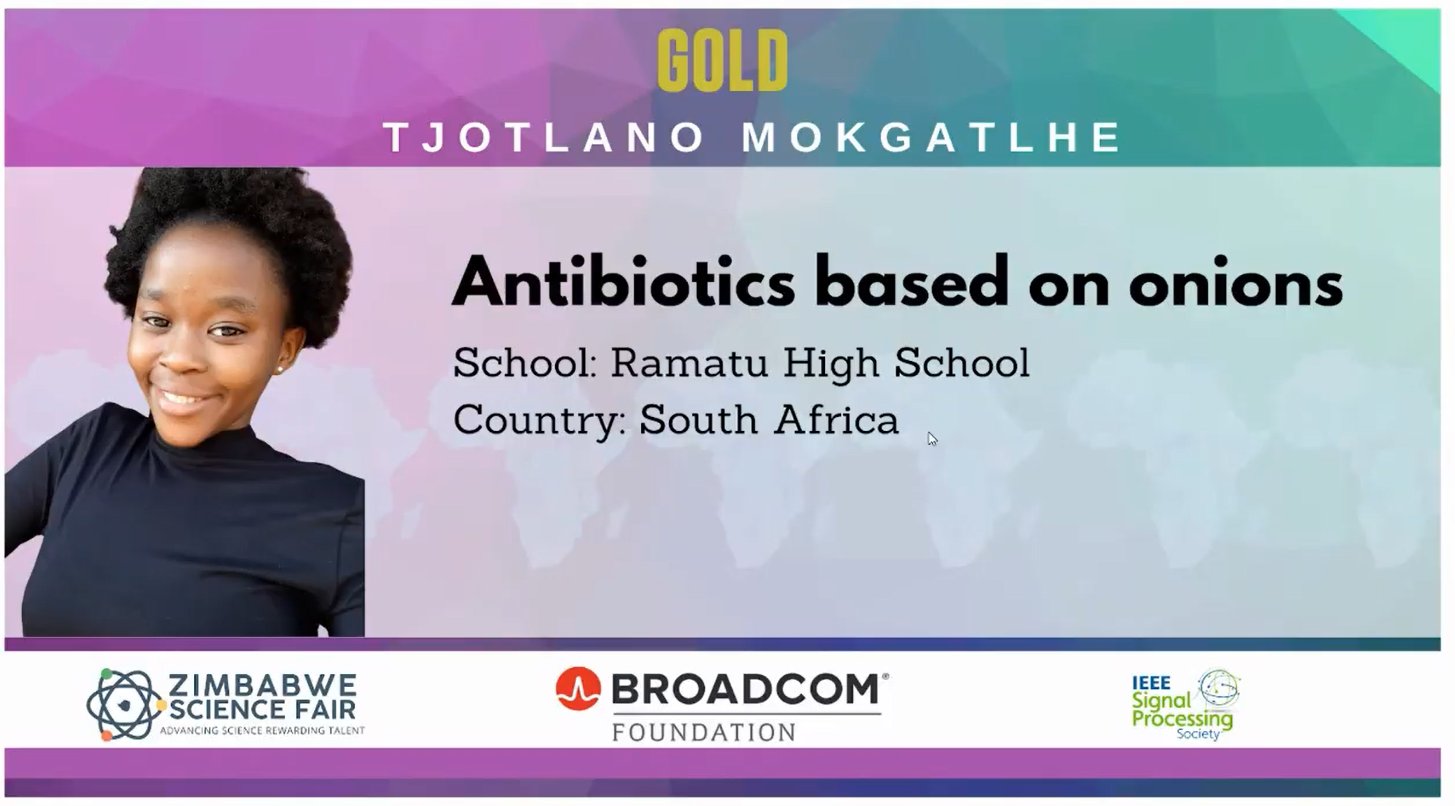 The Africa Science Buskers Festival is an annual science fair, which traditionally brings together more than 500 students and teachers from the African continent. Due to the COVID-19 global pandemic and lockdown, the fair was held virtually this year from 28 to 30 August 2020, and welcomed 175 entries from around the world, including Brazil, Indonesia, Nepal, Turkey, Zambia, Zimbabwe, Malawi, Tunisia and the USA.

Tshepo Lenkoe from Senakangwedi Secondary School in the Free State and Tlotlano Mokgatlhe from Ramatu High School in the North West both won gold medals for their scientific investigations in the festival, with a prize of US$100 each.

Lenkoe’s research project, “Five Steps into the Future”, entailed a model of an umbrella that will be able to convert both sun and wind energy into electrical energy, in order to conserve the electrical energy. Lenkoe previously won a gold medal at the Eskom Expo regional fair in Bloemfontein and a bronze medal at the Eskom Expo International Science Fair for the project in 2019.

Eskom Expo alumnus Farida Cajee from Hoërskool Schweizer Reneke in the North West scooped gold in the coveted People’s Choice Award in a public vote where she gained more than 5 000 votes for the video of her innovation, “Project Limbs”, which aims to be a more affordable prosthetic alternative. The project entails an electroencephalograph (EEG) headset that measures brainwaves paired with a prosthetic hand from recycled material which is able to move based on thoughts.

A silver medal was awarded to Marcel Sebastian Beukman from Grantleigh College in KwaZulu-Natal for the research project “Effects of greywater in plants”. Beukman aimed to determine the maximum concentration of grey water that can be used to irrigate garden plants, and to determine whether this will be an effective alternative resource that can be used in the irrigation of plants.

Eskom General Manager for Risk and Sustainability and Eskom Executive Committee (EXCO) sponsor of Eskom Expo, Andrew Etzinger congratulated the learners on their impressive representation of South Africa in the virtual fair.

“Eskom remains committed to the development of young minds through the Eskom Expo platform, which nurtures young scientists in a science exposition landscape that has been drastically changed by the global pandemic, where we are still seeing our local talent winning awards and inspiring other promising young scientists. Congratulations to these bright young scientists, they have displayed resilience and determination during a tumultuous period in our lifetime,” said Etzinger.

Eskom Expo’s online assessments are currently taking place, with entries due on 4 December 2020. Learners are encouraged to register and upload project documents, by clicking here.