SA young scientists to compete in Regeneron ISEF in the USA 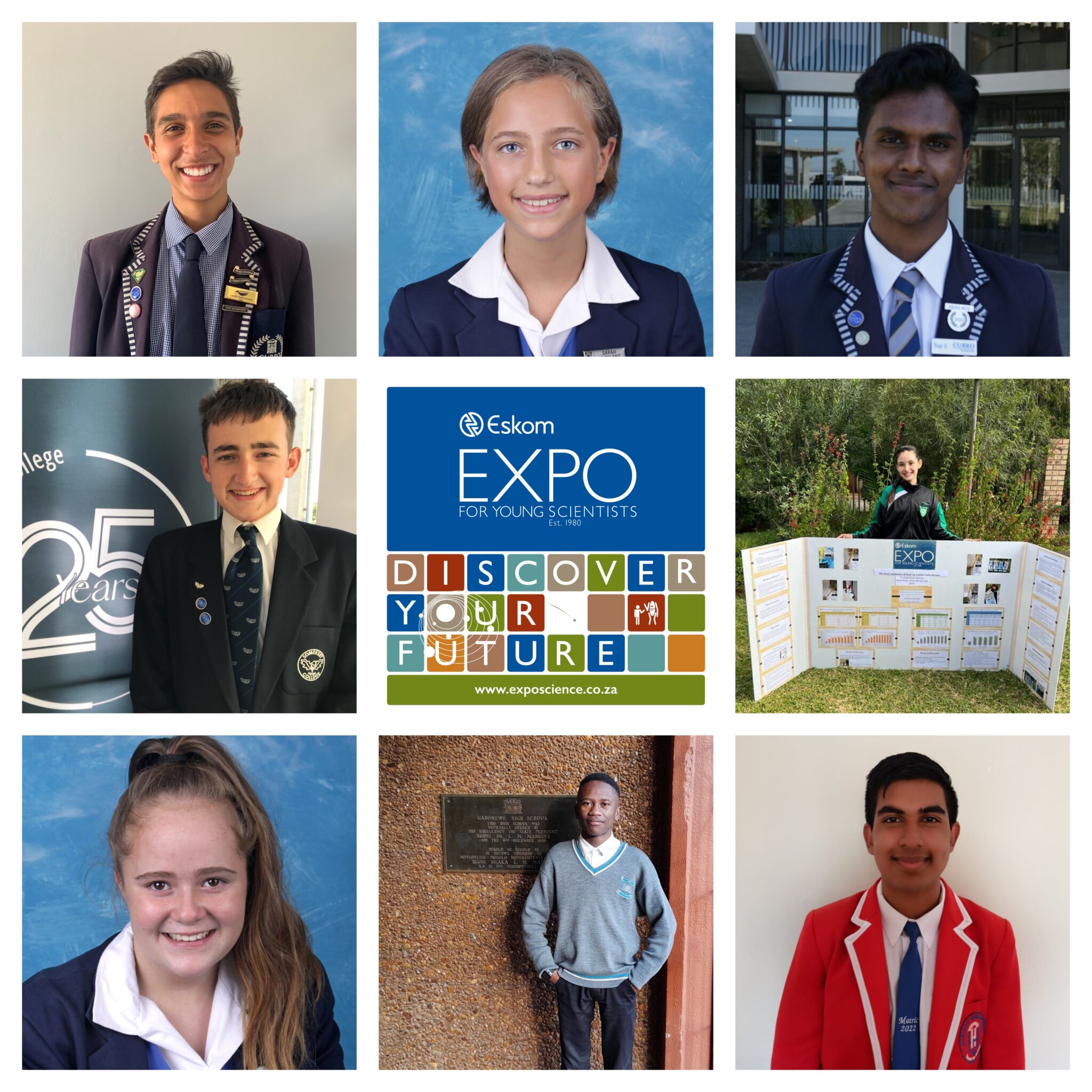 Seven of South Africa’s finest young scientists will travel to Atlanta, Georgia in the USA to represent the country at the Regeneron International Science and Engineering Fair (ISEF) and the Broadcom Masters International Programme from 7 – 13 May 2022.  Learners will showcase their scientific brilliance following their achievements in the 2021 Virtual Eskom Expo International Science Fair.

The selected projects that are entered in the competition, range from research into the aerodynamics of Formula 1 cars, to an efficient cost-effective diagnostic system that can autonomously detect respiratory diseases. More detail is provided on the learners and their projects, below:

The group will be joined in the USA by Chaylin Myburgh, originally from Newton Primary School in the Northern Cape, and now attending Kimberley Girls’ High School, who was selected to represent South Africa in the Broadcom Masters International Programme. Although Chaylin will be expected to present her project to the other finalists, the programme is more focused on individual development and leadership. For these reasons, the Eskom Expo panel felt that Chaylin was an excellent candidate.

Chaylin’s project aimed to compare two solar water heaters, mostly made from recycled materials – one with an aluminium can and the other with a steel can – to determine which can heat water the fastest. With the extension of the project, a silicone bottle and glass jar were added to determine whether these materials would allow water to heat faster. It was found that aluminium cans allowed water to be heated the fastest. This could potentially be used when designing new solar water heaters.

“Eskom, being the funder of the Eskom Expo for Young Scientists, which is the largest science fair in South Africa, is proud to be driving a national initiative that is cultivating young scientists. We are proud of these aspiring scientists who do not only have the opportunity to witness the advent of the Fourth Industrial Revolution but are becoming active participants as the development unfolds.

All the participants have excelled in their fields of research and are now given an opportunity to represent South Africa, and to present their research projects on the international stage. I am confident that they will represent South Africa honourably and make the country and Eskom proud. We wish them well in the competition,” concluded Nthato Minyuku, Eskom Group Executive for Government and Regulatory Affairs.

The 2022 Regeneron ISEF will be held as a hybrid event (physical and virtual), with a judged competition and the awarding of Grand and Special Awards for in-person and virtual finalists. Our young scientists will compete alongside 1 748 learners from more than 75 countries for nearly R126 million in prizes, including bursaries and various gadgets. All of the ceremonies and major panels will be live- streamed via the Science for Society website.