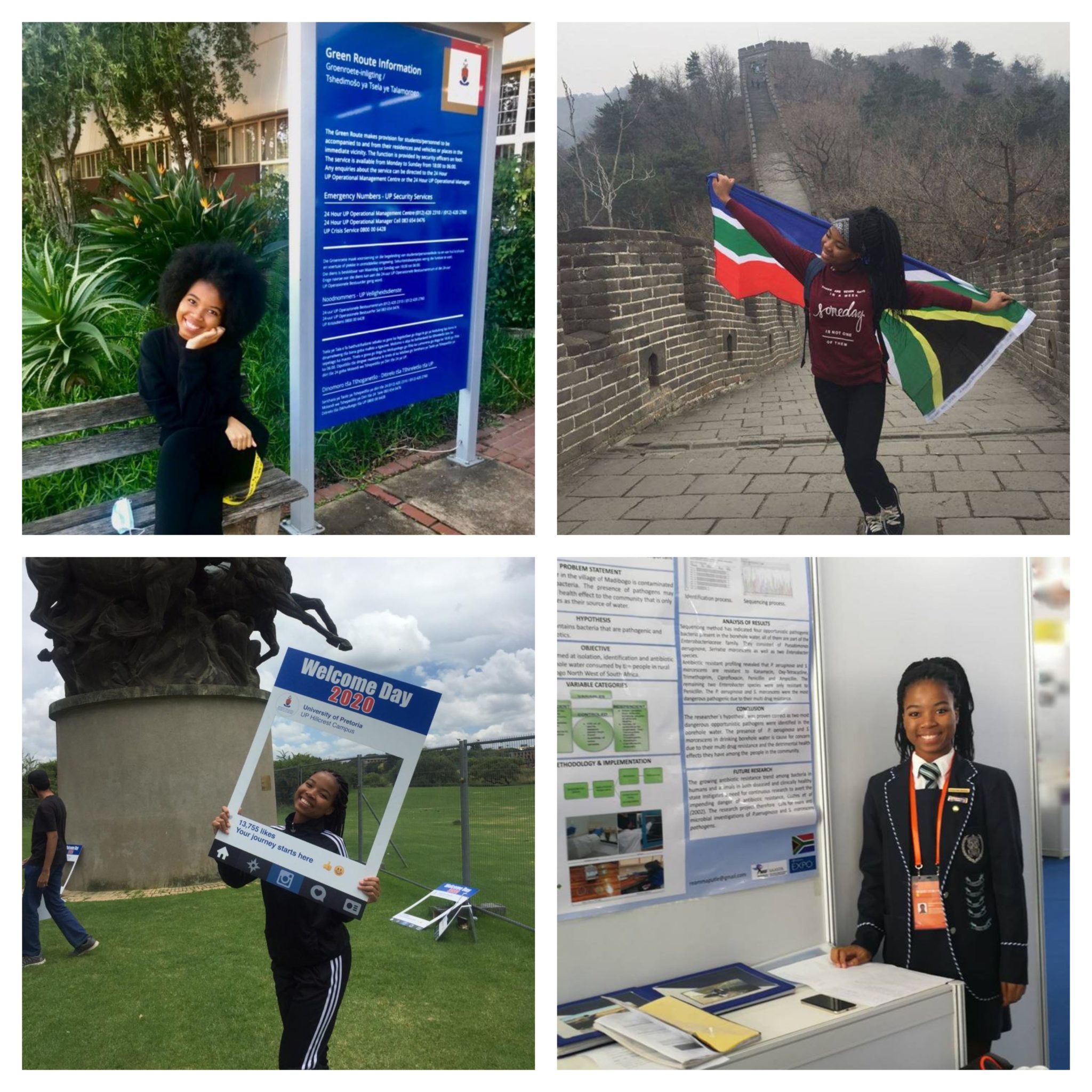 Reabetswe Maputle, who took part in Eskom Expo between 2015 and 2017, and went on to represent South Africa at the 38th Beijing Youth Science Creation Competition in 2018, continues to thrive while adjusting to online learning.

The gold medal winner says: “I am still studying at the University of Pretoria; this is my second year, and my studies are going quite well. I have adapted really well to online learning – I actually prefer it – mainly because I am able to rewatch my lecture videos for deeper understanding”.

Maputle, who participated in Eskom Expo via Potchefstroom High School for Girls in the North West Province, had investigated the “Detection of pathogenic bacteria in borehole water and their antibiotic resistance profiles”. Her research was a follow-through of previous research conducted which revealed the presence of pathogens in water stored in Jojo tanks (vertical tanks used to store water).

She previously said these pathogens have significant health implications on the residents, which could hypothetically be resulting from the usage of pit latrines in the community. Maputle confirmed that her research into pathogenic bacteria is currently on hold, as she is focusing on completing her undergraduate degree.

Her research was initially inspired by the quality of brackish water in Madibogo village, a rural area in Ratlou Local Municipality in the North West Province.

After impressing Eskom Expo judges with her ingenuity, depth of knowledge and mastery of inquiry methodology displayed in her scientific research project, Maputle went on to represent South Africa at the 38th Beijing Youth Science Creation Competition in 2018, where she won a gold medal in the Biomedical Sciences category.

“Eskom Expo for Young Scientists opened numerous doors to my future as a young black female scientist and researcher, such as, on my return back from China I was invited for a Woman in Science round table discussion where I was part of the panel of professors from local universities and from Italy,” she says.

“I was also asked to present a speech at the BRICS Summit representing the youth in the North West province. Moreover, I was featured on SABC 2 in celebration of Woman’s Month and upcoming scientists; and was then invited to the Women in Aviation and Aerospace networking breakfast, which for me, was a big achievement at the age of 16,” she adds.

Learner in grades 4 to 12 are encouraged to register an Eskom Expo project by clicking here.

Resources & easy-to-use templates are available here to guide you.