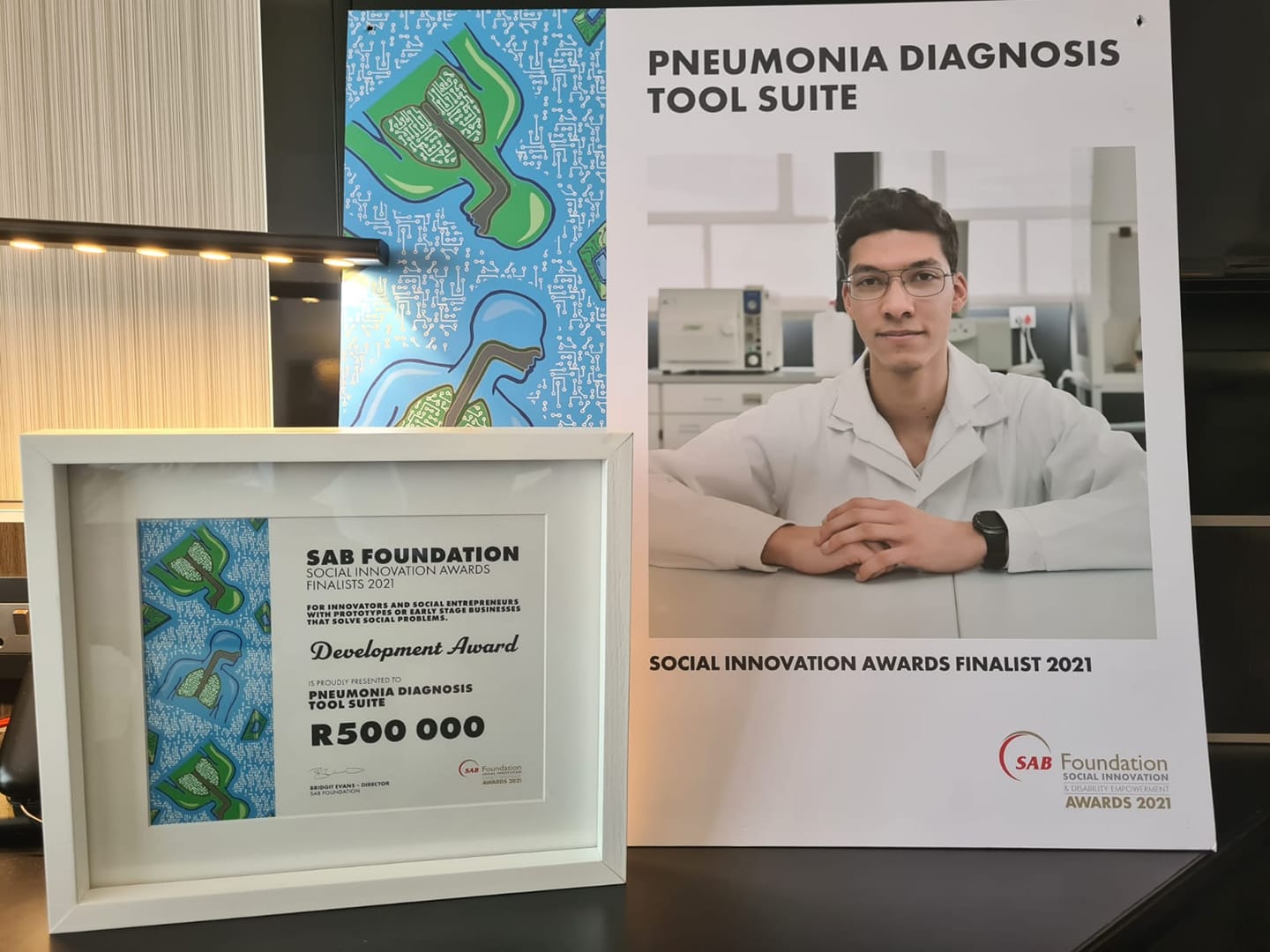 Storm first presented his outstanding project titled “Pneumonia Diagnosis with Machine Learning” at the provincial leg of the Eskom Expo Expo in the Western Cape in 2019, where he won a gold medal. He proceeded to compete in the Eskom Expo International Science Fair (ISF), in the same year, where he attained a silver medal. He went on to represent South Africa at the 2020 Buca International Music, Science, Engineering Energy Fair (IMSEF) in Turkey, where he also impressed judges and received a gold medal for his innovative idea.

“The purpose of the project was to prove that machine learning can identify and distinguish the difference between a pair of infected pneumonia lungs and a pair of lungs that are not infected in an efficient manner in order to assist doctors and patients as well as taking into consideration the patients’ symptoms through a graphical user interface which was developed. I was able to achieve the objective of the study. The general pneumonia diagnosis model used reiterative learning to train its neural network. With more data and time the model will become more reliable,” explained Rhoda in his research paper.

This model has been endorsed as credible by radiologists in the country. The 19-year old scientist is grateful to the Eskom Expo for Young Scientists for affording him the platform to showcase his project.

“The Eskom Expo has opened the door of opportunity for me. Since my participation in 2019, I had the pleasure of presenting aspects of my project at the Regeneron International Science and Engineering Fair, and the Buca International Music Science Energy Engineering Fair where I was awarded a gold medal in the Math-Computer Category. The recent SAB Foundation Social Innovation Award is a cherry on top. I will use the cash prize to continue the development of the diagnostic tool suite and expand its functionality,” said Rhoda.

His message to his peers is: “Believe in yourself, test yourself and don’t be afraid of competition.”

“We are proud of Storm’s achievement. His study is a significant contribution to the fight against pneumonia, which is regarded by the World Health Organization (WHO) as the single largest infectious cause of death in children globally, already having resulted in 740 180 deaths in children under the age of five in 2019, and accounting for 14% of all deaths in children under five years old,” remarked Eskom’s Group Executive for Government and Regulatory Affairs, Nthato Minyuku.

“The degree of scientific knowledge and innovation displayed by Storm and other participants of the Eskom Expo for Young Scientists should give us comfort that South Africa’s youth are up to the challenge of solving key developmental challenges if we equip and support them to do so,” added Minyuku.

0 Likes
There are 2 comments
Leave a Reply