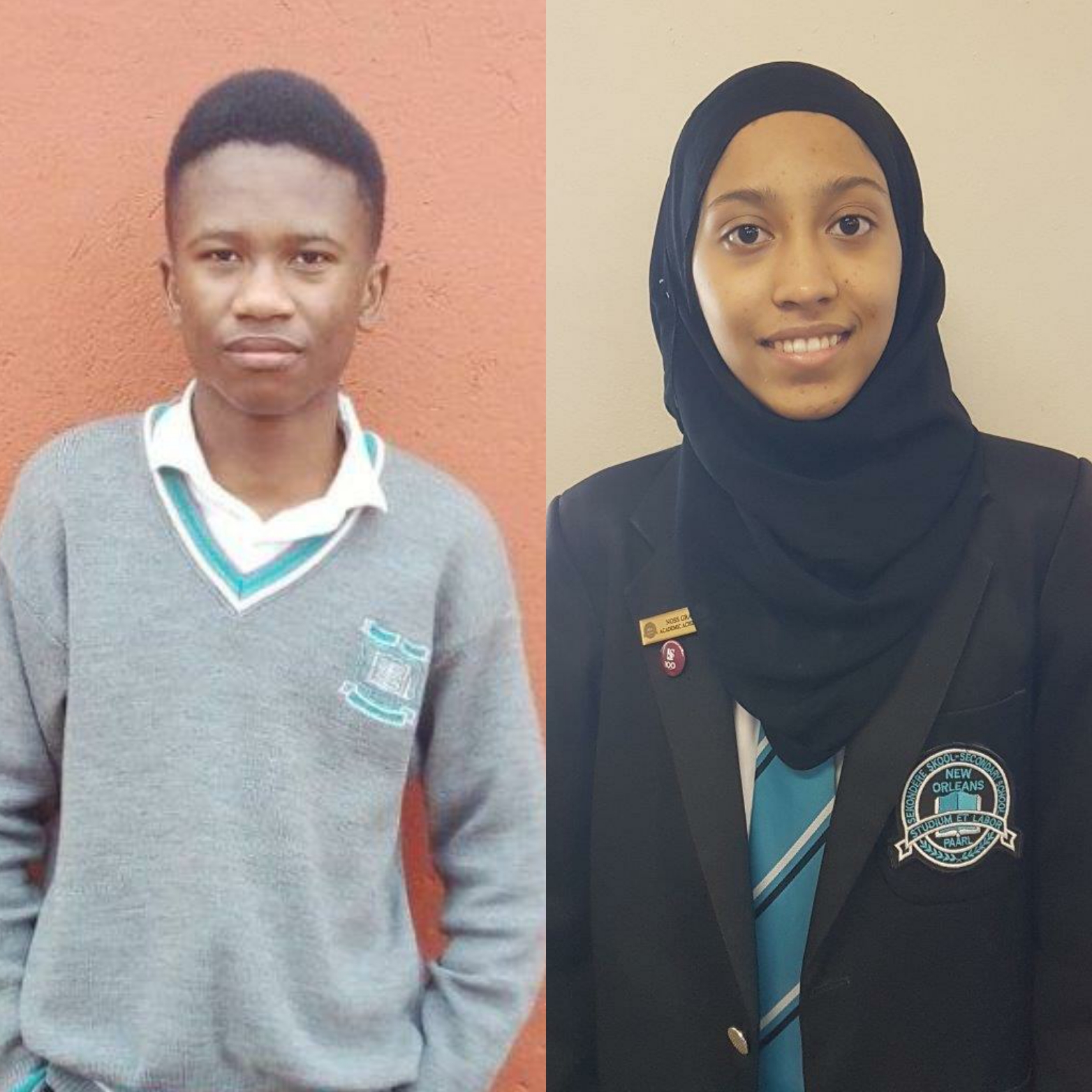 Kutlwano Tshatiwa, Grade 11 at Gabonewe High School in the North West, was awarded a gold medal and the international representative award for the project, “Mathgeek”, which he developed without any formal training to develop an app.

“I actually feel great about the awards, knowing I represented my country well. It was honestly very frightening considering I wasn’t just representing my school, my region or province alone anymore, but above that, the whole country. What inspired my project was the idea of helping learners who struggle with mathematics,” said Tshatiwa.

Shadia Akter, Grade 11 at New Orleans Secondary School in the Western Cape, was awarded a silver medal for an app she developed to help schools screen large numbers of learners efficiently for COVID-19.

“Winning a silver medal at such a reputable science fair is incredibly surreal. I feel ecstatic! Competing against scholars from all over the world felt like a dream and was definitely an astounding experience. I gained new knowledge and refined my skills as a young scientist. I also feel blessed to be able to partake at an event that was held to spread the spirit of scientific research and art to the world. It was nerve-wrecking to be part of a world-class science fair and competing against 166 projects and 27 countries, but I’m very grateful that I did,” said Akter.

Eskom Group Executive: Government and Regulatory Affairs, Nthato Minyuku, congratulated the young scientists on their achievement, and said: “I express my gratitude to Kutlwano and Shadia for making a mark on the prestigious global stage. Their hard-won achievement is testament of Eskom’s endeavours to assist in building a capacity base in Science, Technology, Engineering, Mathematics and Innovation (STEMI) in South Africa.”

“We are committed to empowering lives and powering the future by investing in the youth. Our corporate social investment programmes are centered on developing a pipeline of skilled South Africans and entrepreneurs who will contribute to addressing some of the developmental challenges that our country is facing,” added Minyuku.

Eskom Expo is affiliated with the most prestigious and competitive international science fairs, having given a total of 16 South African learners this year opportunities to connect with and learn from their contemporaries who are the best young minds in the world. Participating in international science fairs is not only an opportunity to showcase one’s talent, but is a source of immense personal and national pride when learners represent South Africa on the global stage.