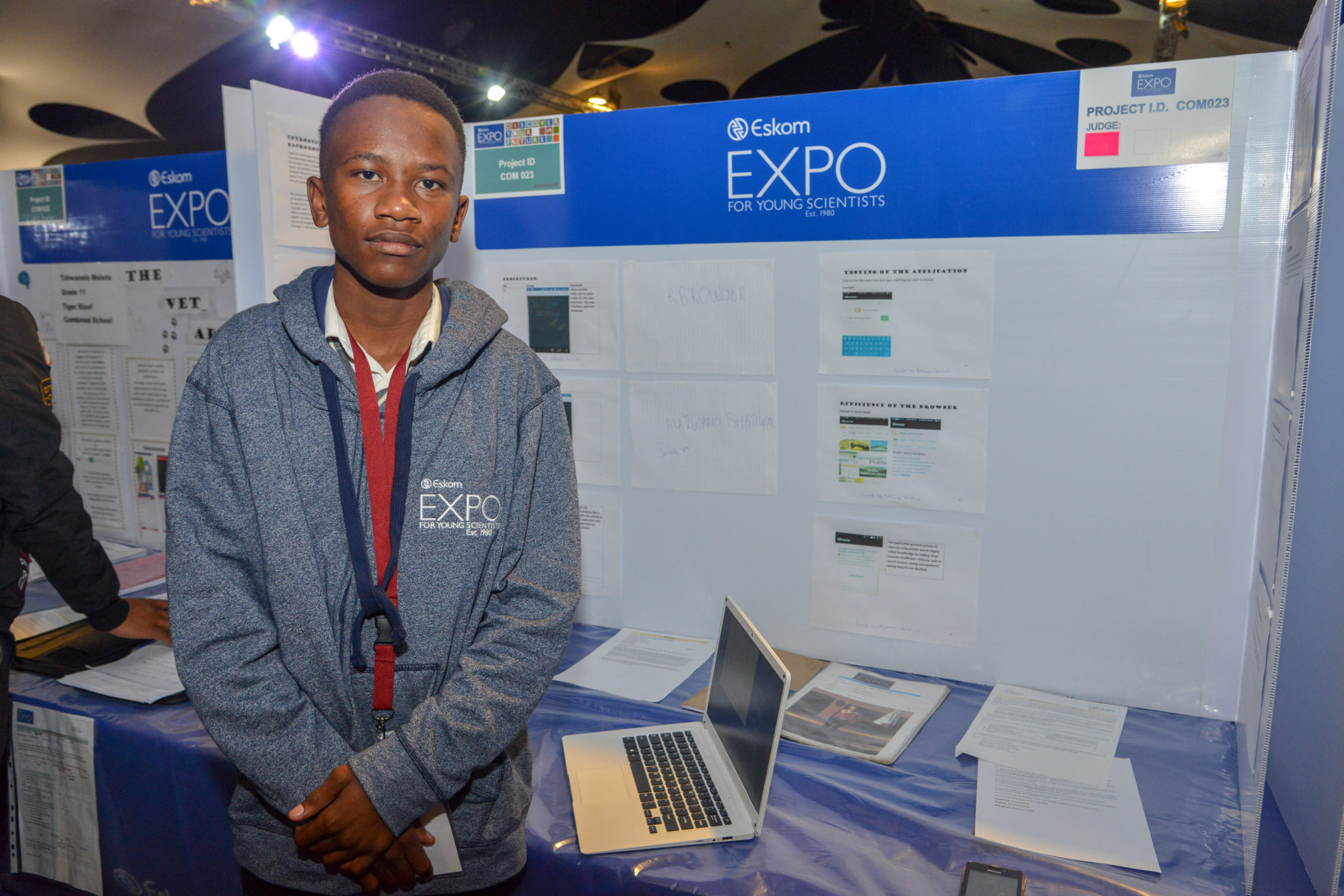 A young scientist from the North West province has big dreams of studying mathematics and computer science at the Massachusetts Institute of Technology (MIT) in the United Stated.

Kutlwano Tshatiwa, 16, who’s a learner at Gabonewe High School in Madikwe became interested in Eskom Expo for Young Scientists after reading an article about a former Eskom Expo winner, Brandon Kynoch, who won two scholarships and later started his own game development company.

“That had inspired me and made me want to be part of Eskom Expo,” says Tshatiwa.

“I feel all ideas in other science areas such as physics have been taken up by the likes of Einstein, Aristotle, etc. But with artificial intelligence and/or machine learning – which is a field I’m interested in – they are still new to an extent as everyone stands a chance to come up with something,” he says.

“The project was inspired by a sort of similar project developed by a South African machine-learning based start-up called Datawizzards. The company developed something similar by the name DeepDoctor, which could only diagnose breast cancer,” says Tshatiwa who won a number of awards at this year’s Eskom Expo International Science Fair (ISF).

Among Tshatiwa’s various prizes was a gold medal and a TANKS Coding Kit sponsored by the Nelson Mandela University. The TANKS game was developed as an Honours project in Computer Science at the university. It uses customised tokens, a cell phone and image recognition to introduce learners to coding concepts without the use of a computer.

Tshatiwa, who scored the highest in the senior Computer science and Software Development category, also won the opportunity to take part in a five-day virtual innovation and entrepreneurship bootcamp that will prepare learners to advance their innovations from idea to product development and new venture creation. The bootcamp was sponsored by the Technology Innovation Agency, an implementing agency of the Department of Science and Innovation.

The young scientist also won a training opportunity to enhance his engineering skills with Siemens Industry Training (SITRAIN) at the Siemens Training Centre in Midrand.

Talking about his awards, Tshatiwa said: “I feel great considering it is such a huge improvement since I had won a highly commended award at the 2019 ISF and now I’m a gold medal winner and category winner! I also won special awards this year, of which I did not win any in 2019”.

Tshatiwa, who spends his free time playing video games and reading books, advised aspiring young scientists to always push beyond the boundaries of knowledge and not just scratch the surface, but go deeper in terms of their field.

The young scientist will be representing South Africa in the 2021 Buca International Music, Science, Engineering Energy Fair (IMSEF) in Turkey from 15 to 19 November. Eskom Expo wishes him all the best!