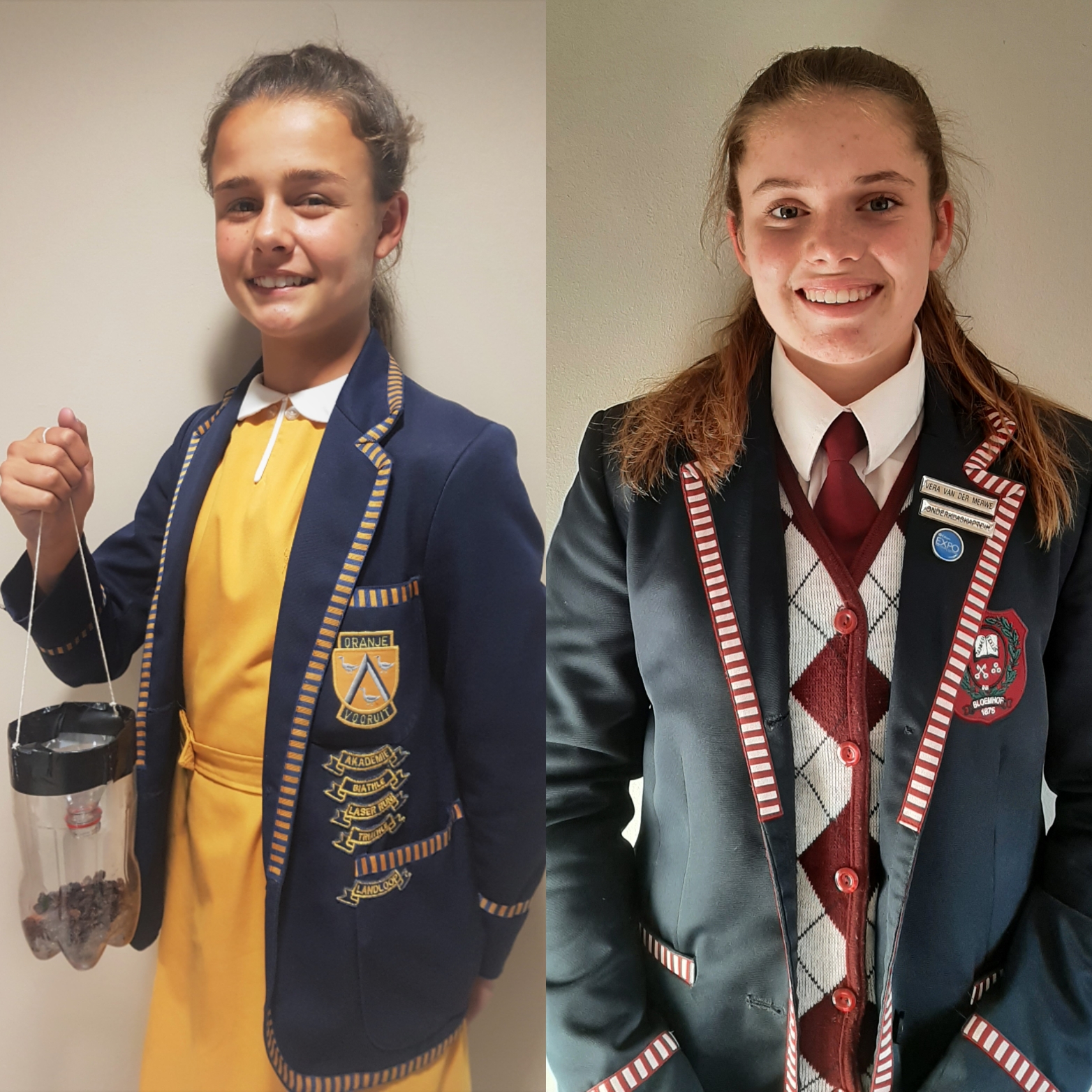 Two local young scientists are set to showcase their scientific genius at the 2021 International Science and Invention Fair held in Indonesia, following successful entries at the Eskom Expo for Young Scientists.

Danielle Pienaar who is Grade 6 at C&N Primêre Meisieskool Oranje in the Free State, will present her project, ‘What bait does flies find irresistible?’.  Her project was motivated by the fact that many South African homes continue to be pestered by flies. The project aimed to develop a safe and cost-effective fly trap with items that were readily available, and to compare the effectiveness of store-bought bait versus affordable bait.

Pienaar said a total of 1 312 house flies (Musca domestica) were trapped in fly traps over a seven-day period. A total of 611 of the flies were trapped in the primary location and 701 flies in the secondary, control location. Her results showed that flies were more attracted to minced meat, rather than other meat or store-bought fly bait.

Vera van der Merwe was a learner at Laerskool Calvinia in the Northern Cape when she investigated the small-scale production and testing of Prosopis (an invasive alien plant) and paper waste fire briquettes. The Calvinia resident, who is currently in Grade 8 at Hoër Meisieskool Bloemhof in Stellenbosch, found that her small rural town continued to struggle with waste management, while many people live in poverty and burn waste as fuel for cooking and warmth.

The aim of Van der Merwe’s study was to develop fire briquettes in different combinations of milled Prosopis tree twigs and paper waste. Her research, which was thorough and involved several trials, was selected to represent South Africa because of her observational skills and attention to detail.

Eskom General Manager of Risk and Sustainability, Kerseri Pather, said it was notable that the research of both young scientists focused on problems experienced by their local communities. “Eskom continues to endorse its flagship initiative, Expo for Young Scientists, which aims to mould fledgling researchers to seek solutions to problems they face in their daily lives. We remain impressed that our young scientists are able to compete against the best of the best on the global stage,” said Pather.

Eskom Expo Executive Director, Parthy Chetty, said: “It is very promising for our country to see self-motivated young scientists at primary school level competing at an international level. What is more remarkable is that we see an increase in girls participating in Expo type competitions and doing exceptionally well. I wish them well and hope they bring back awards for South Africa.”