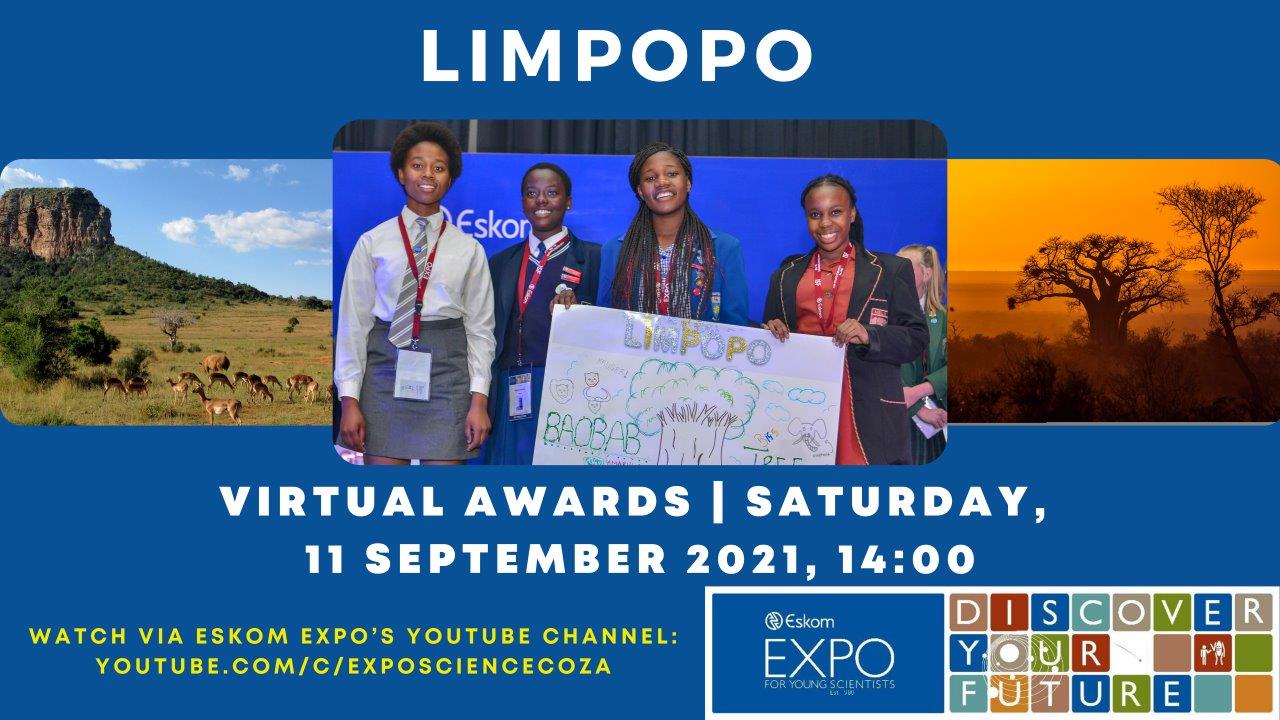 She was only sixteen when she developed a device to combat the pressing social problem of gender-based violence (GBV) and human trafficking – and was recognised for her successful efforts. She is Bohlale Mphahlele from Limpopo. She was an award-winner at last year’s Eskom Expo for Young Scientists with her earring which can be activated to capture photos of possible perpetrators. She called it an “alerting earpiece.”

Indications are that the same elevated level of innovation will be true this year as there are 160 entries from Limpopo, covering a wide spectrum of interests, with energy leading the field, followed by social and environmental sciences, biomedicine, medicine, earth sciences and engineering.

The provincial coordinator of the expo, Sure Mupezeni, said that it was noticeable that more female than male learners are participating: 82 vs 78. There might yet be another Bohlale on our horizon, he smiled.

He stressed that the Eskom Expo is part of a broader Eskom strategy of skills development, investing in science, technology, engineering, mathematics, and innovation (STEMI) at school level. Eskom is committed to driving skills development in this field.

This year’s Limpopo leg of the Expo will be at 14:00 on 11 September 2021. Because of the COVID-19 pandemic, judging will be done online, and the awards ceremony will be held virtually. The Limpopo awards evening is the last of nine virtual provincial expos leading into the final Eskom Expo for Young Scientists International Science Fair (ISF) which will be held on 8 October 2021. The ISF will include participants from 35 regions in South Africa and several African countries.

Despite the challenges experienced due to the pandemic and the subsequent interruptions to regular schooling, Eskom has managed to continue supporting the STEMI programme through the Eskom Expo for Young Scientists. It had to do this through innovative ways, such as virtual science clubs, virtual workshops for learners and teachers, science day camps and more.

Participation in the Eskom Expo for young scientists not only boosts 21st century skills development but for winners it has direct benefits too – prestigious awards, bursaries, participation in international science fairs, self-development, and career-pathing.

The awards can be viewed here.