Eskom science expo “bodes well for the future of the country” 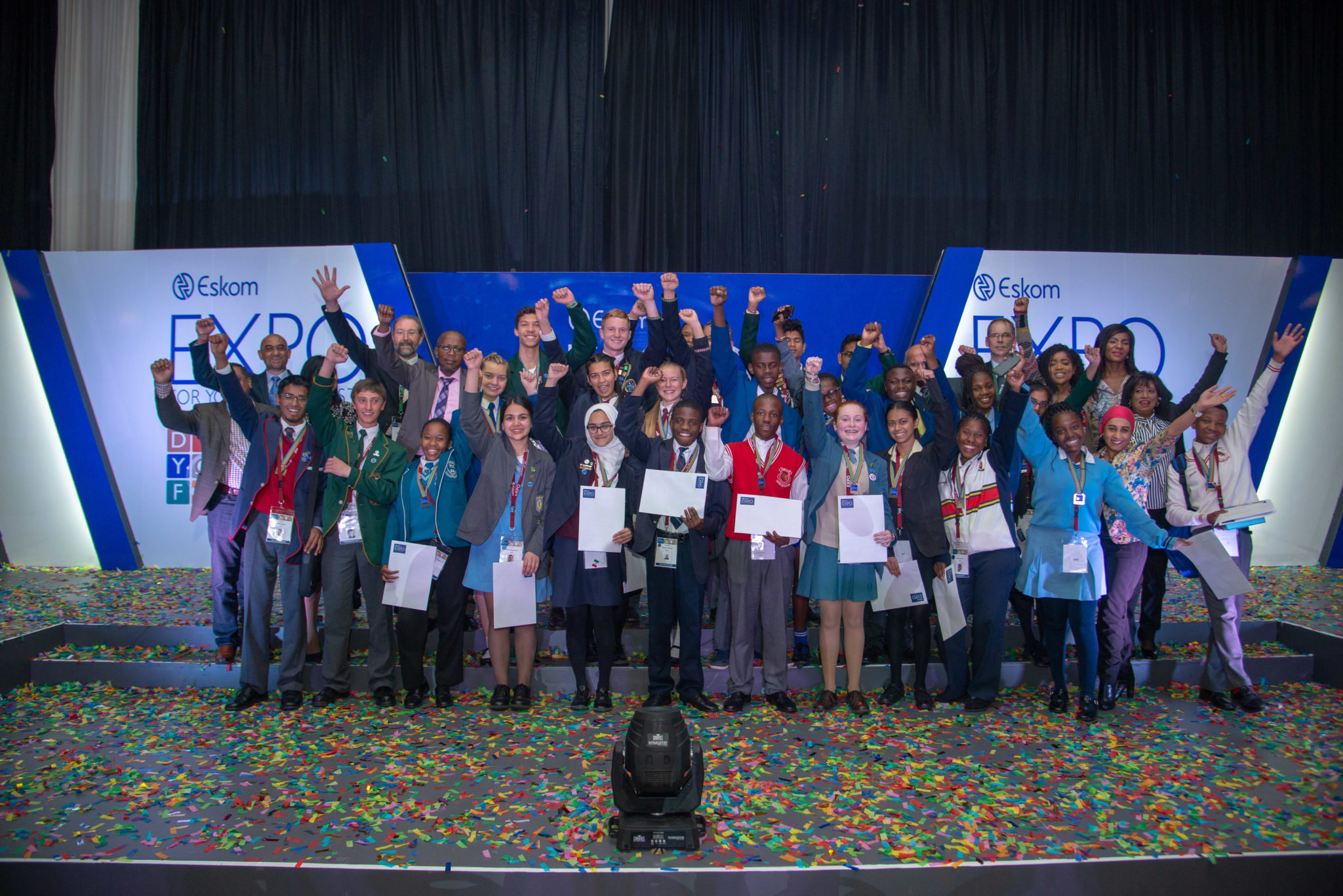 An experiment to establish the effect of garden lights on swarms of honeybees awarded Rebecca Leisegang of Parktown Girls High School the top junior prize and a cash amount of R50 000 in the annual Eskom Expo for Young Scientists International Science Fair awards ceremony.

The prize of R75 000 and top senior went to Sachin Mohan of Horizon High School for proving that digitalising a traditional stethoscope will increase diagnostic accuracy.

Their awards are the culmination of this year’s International Science fair held on Friday 8 October. It was a virtual affair because of the pandemic. Primary and high school learners from across 35 regions in South Africa and 36 international participants competed.

Despite grappling with the Covid-19 pandemic, a total of 1 329 projects were registered in the nine provincial science fairs. Of the 1 614 participating learners 979 were girls – a whopping 61%, said Eskom CEO André de Ruyter at the awards ceremony.

He congratulated all the participants for reaching the final stages of the competition under challenging circumstances.

He told those who had entered the competition that “over and above self-development, career-pathing, acquiring and nurturing the skills of the 21st century during your participation in the programme, there are direct economic benefits such as bursaries and laptops which form part of the Eskom Expo for Young Scientists International Science Fair incentives. These are all made possible by our sponsors and partners, to whom I express sincere gratitude”.

Nthato Minyuku, Eskom Group Executive: Government and Regulatory Affairs, was particularly pleased at the high number of female participants: both locally and internationally the preponderance of entries was from girls.

“The level of entries was high despite the challenges brought on by the pandemic, which meant that the competition had to be run virtually. The excellence of the contestants’ work is an indication that South African youth – women in particular – are able to handle even the most difficult of situations. It bodes well for the future of the country, and the empowerment of women in particular,” she said.

The science fair is funded by the Eskom Development Foundation. CEO Cecil Ramonotsi explains: “The primary aim of the Eskom Expo is to encourage our youth to get involved in science, technology, engineering, maths and innovation (STEMI), thus expanding the country’s skills base.”

Eskom awarded 17 bursaries towards bachelor degrees in engineering and diplomas in the same field.

Calib Cassim, Eskom Chief Financial Officer, says the utility remains “committed to driving skills development in the country and the Eskom Expo is the vehicle designed to enable us to live up to this commitment”.

He added:” To all the finalists, congratulations for making it this far in the competition, which is a result of your hard work and your passion for the sciences. I strongly believe that this cohort of young scientists will go on to create new technologies or even come up with new inventions, because you’re self-motivated and this is a fantastic character trait, especially during this difficult time of Covid-19.

“You have beaten the odds and produced world-class projects.”

Some of these projects are:

There were many more special prizes, like the Derek Gray award – a medal and scholarship for the University of Pretoria, which went to Dashyin Gilbert from Curro Durbanville. He examined which aerodynamic elements can help an F1 racing car to lap faster.

Siemens, the German multinational conglomerate, provided three bursaries. Among those on the shortlist was Lunga Nkosi from Hoërskool Bergvlam who developed a cardio-electric generator by transforming mechanical kinetic energy by using the heartbeat/pulse of a person.

Siemens has a longstanding partnership with the Eskom Expo for Young Scientists. CEO for Siemens Southern and Eastern Africa, Sabine Dall’Omo says “This collaboration is focused on our commitment to investing in and developing the skills of our future engineers, for the long term. For us, it is about creating sustainability and a legacy in Africa.”

The contribution from Siemens to this year’s expo included 3 university bursaries for grade 12 students pursuing engineering. These engineering bursaries will be awarded at a later stage. The following learners have been shortlisted: Chante’ Cloete (Hoerskool Steinkopf), Shone Nyamandwe (Zeerust Combined School) and Kutlwano Tshatiwa, a grade 11 student from (Gabonewe Secondary School.  Other prizes included project kits for learners from disadvantaged communities, tablets for high performing students from all 9 Provinces and SITRAIN, a training courses taught by experienced, certified experts from Siemens. All the prizes sponsored by Siemens, including the donation to the Eskom Expo are valued over R1.8 million.

“We are proud of all our winners and to be changing the lives of young Africans. Investing in the future of young, African engineers and innovators is part of Our DNA at Siemens. Our continent can only prosper if we empower and develop our young engineers and those who can change the trajectory of Africa’s future, says Sabine.

Eskom’s De Ruyter felt that the development of such great projects by school Learners is an “assurance that the future is in good hands”.