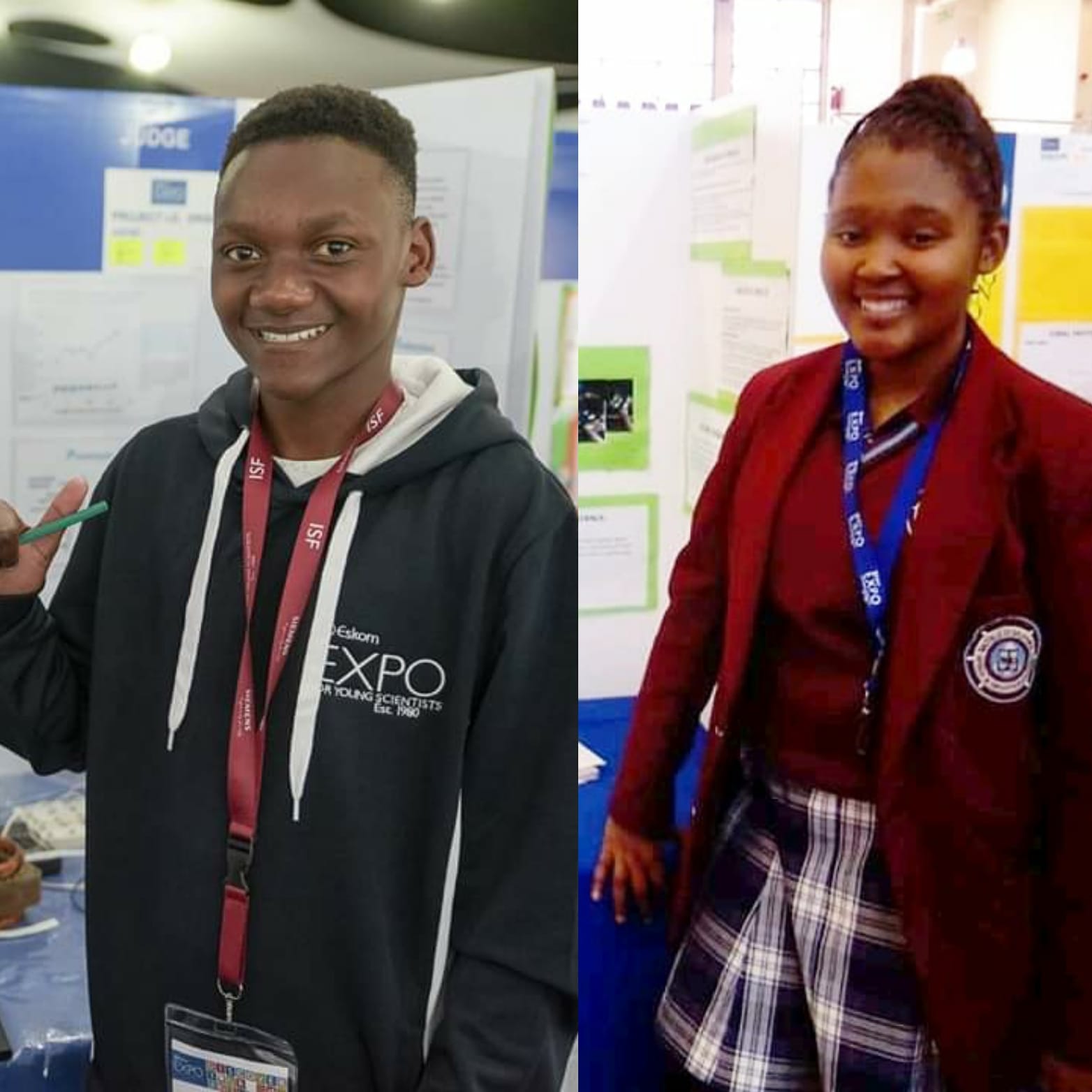 The #EskomExpoTurns40 Video Competition came to an exciting conclusion following a public vote on Twitter to determine the winners of the competition.

The public vote, which was in the form of a Twitter poll, saw the top four participants compete for the prize – one of two laptops.

Lebohang “MysticJaarse” Ngake from the Bloemfontein region and Axole Mayo from the West Coast region emerged the winners in the poll, which garnered 2,832 votes.

The aim of the video competition was to celebrate Eskom Expo for Young Scientists’ 40th anniversary and for past Eskom Expo participants to inspire aspiring young scientists to take part in Expo. Scientists have an instinctive drive to improve their surroundings, and tend to be inspired by problems and issues around them. Young scientists, however, are often inspired by others around them like their peers.

Ngake is currently in Grade 12 at Setjhaba-Se-Maketse Combined School in Bloemfontein. His Eskom Expo project aimed to generate energy from wind. Ngake won a gold medal for his project and was awarded the Eskom Expo Best Development Project at the 38th Eskom Expo International Science Fair (ISF) in October 2018.

Mayo is currently in Grade 10 at Diazville Secondary School in the West Coast. Her Eskom Expo project entailed an investigation into hard hats used by construction workers, and the effect these hats have on their skin.

Learners who would like to stand a chance of winning more prizes like bursaries and Special Awards, are encouraged to enter Eskom Expo by clicking here.