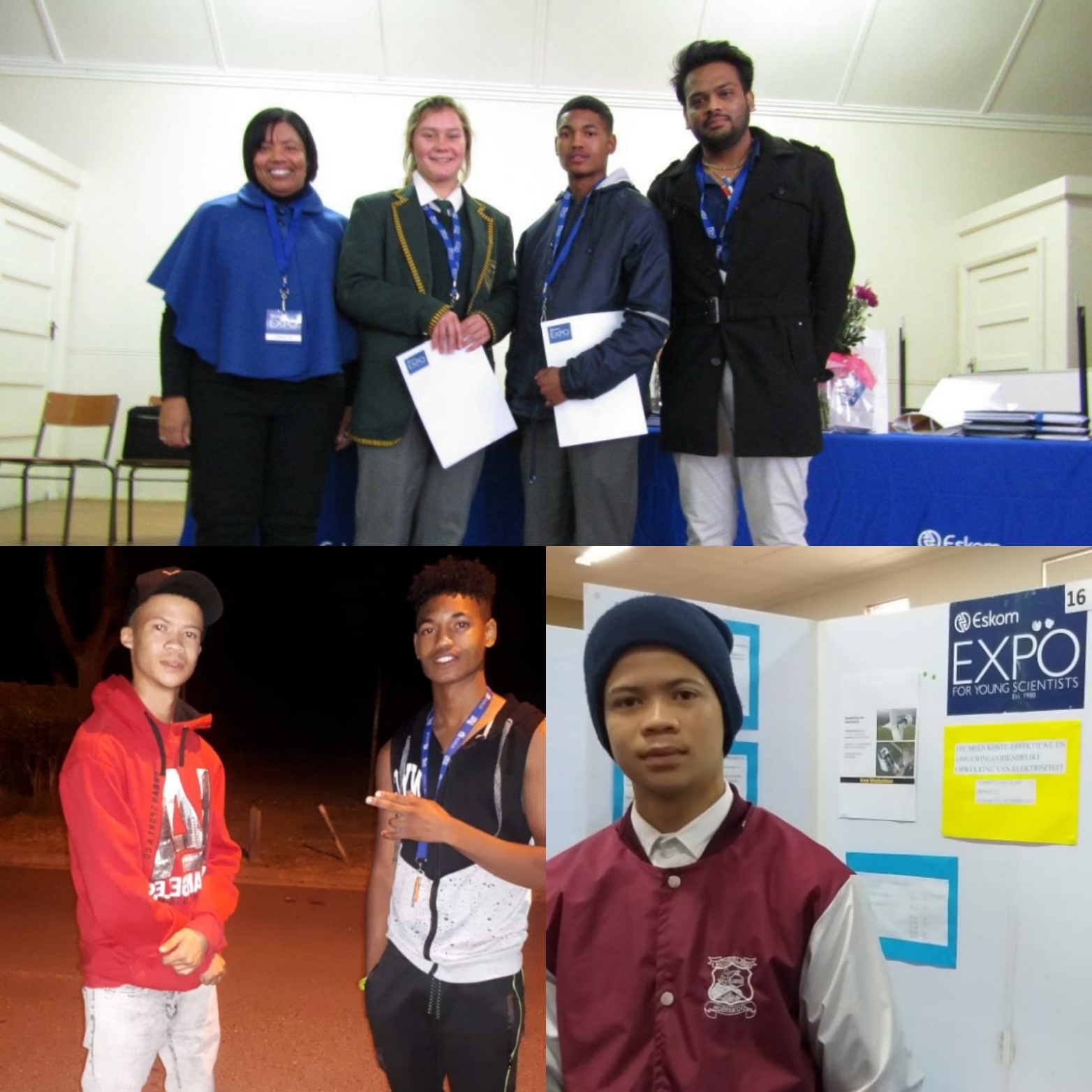 Two Eskom Expo alumni from the Namaqua region in the Northern Cape are adjusting to life at university, after winning bursaries to attend the University of the Western Cape (UWC).

October’s Eskom Expo project centred around the injuries faced on the field by rugby players, after he sustained an injury. He exhibited the project at the Calvinia Sub-Regional Science Fair in 2018.

“My project was the result of a shoulder injury I sustained during a rugby match that could have been prevented if my teammates did not interfere with the tackle I was about to make,” he said. “We tackled the fellow player incorrectly, and I ended up with the injury. I figured out some ways that we can prevent these injuries from happening during future rugby games.”

October added that he is enjoying life at UWC, and feels at home on campus.

“What I like most about studying at UWC, is the freedom and the ability to work as an individual and in groups. The effort made by lecturers who assist us, is also great,” he said.

De Vlam’s Eskom Expo project was entitled “Mees volhoubare omgewingsvriendelike energie” (Most cost-effective and environmentally-friendly generation of electricity). He exhibited the project at the Eskom Expo Namaqua regional expo in July 2019, where he also won a bronze medal.

“For me to study at UWC is a great privilege, as I am the first in my family to study at a higher education institution. UWC is a safe environment to study in, and it is great to know different students from different backgrounds,” he said.

Former Eskom Expo Namaqua regional science fair director, Pranesthan Govender, said: “As the South African Astronomical Observatory and Eskom Expo, we can be extremely proud that we have extended ourselves and provided much needed support, and this process had a direct hand in changing the lives of these young scientists.”

Govender added that Namaqua had been one of the most challenging regions to run, with the greatest challenge being the vast distances to travel in the Northern Cape.

“Despite the challenges that were experienced, Eskom Expo has become a project that both learners and teachers in the Namaqua district are now comfortable with, look forward to attend, and participate in despite their initial reluctance and fear. Community development is a long-term investment, it requires selfless dedication and an innate ability to want to help and make a difference. Often the seeds that are planted sometimes and most admittedly require a little extra watering to encourage their sprouting, and that was my experience in the Northern Cape,” he added.