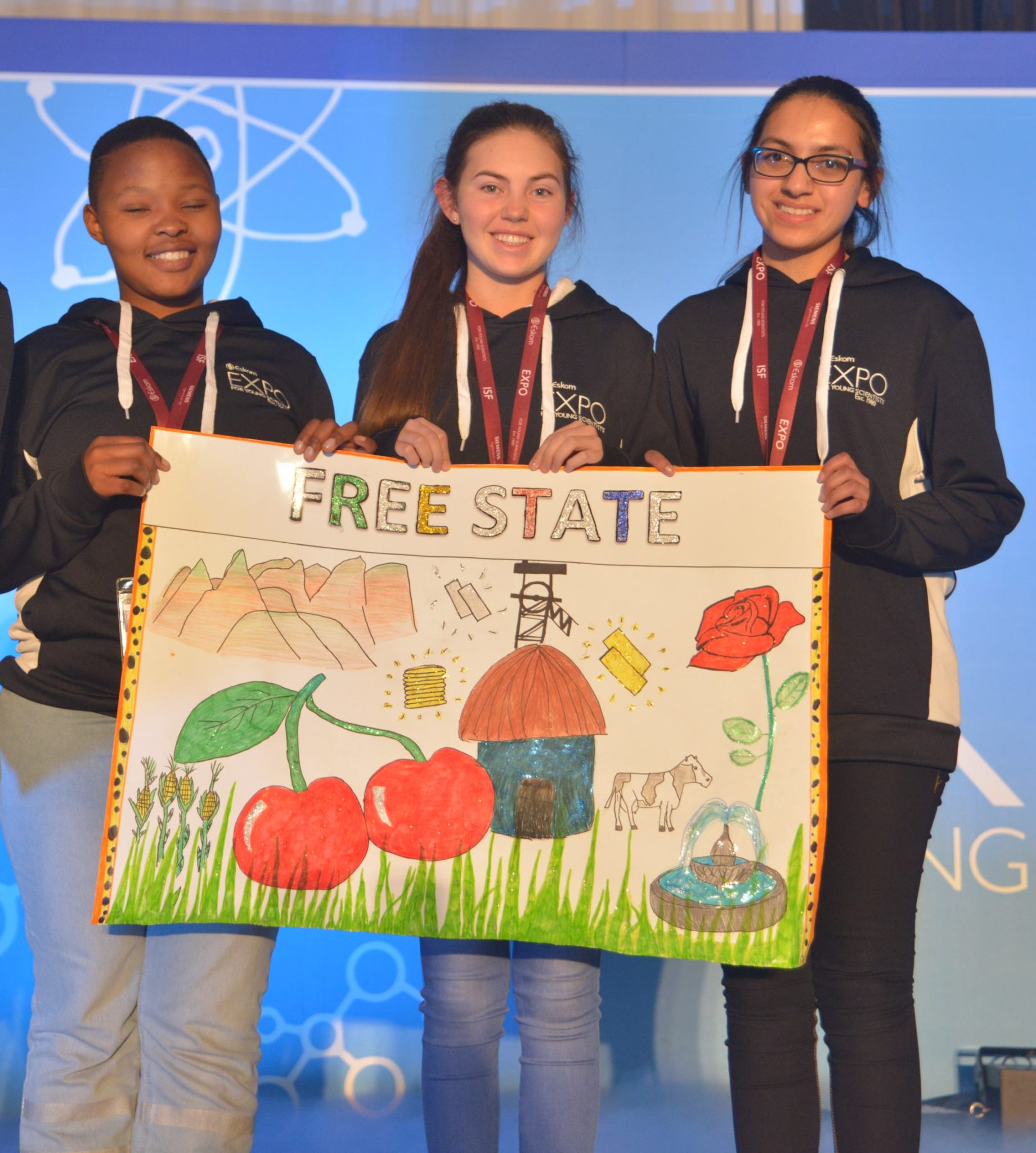 The graceful flight of a butterfly inspired a Free State learner to undertake a research project into the how of its flying. Amy Pastors watched a butterfly fly past and asked herself if the grace and beauty on display was really as simple and effortless as it looked. This was just one of a hundred such projects showcased at the provincial Free State Eskom Expo for Young Scientists awards ceremony.

The butterfly project earned Amy Pastors from Eunice Girls High in Bloemfontein the Eskom Award for Best Female – one of four awards. Another of these went to Dimpho Motsoeneng from Welkom Gimnasium for the best innovative entry. Her research project showed that carbon fibre is excellent when used in buildings: its insulation effects and its durability are exceptional as is its resistance to extreme weather conditions.

The prize-giving was held virtually on 26 August 2021 because of the COVID-19 pandemic.

The participants hoped that their projects would be recognised by the judges with a gold medal, one of the four Eskom Special Prizes or a coveted ticket to go through to the Eskom Expo for Young Scientists International Science Fair (ISF) which will be held in October.

The standard of entries was particularly high this year, said provincial coordinator of the Eskom Expo for Young Scientists, Nicho Swartz. This was despite the pandemic and the consequent disruption of regular schooling.

A wide range of categories were covered, ranging from agricultural sciences to social sciences. Top of the list, though, was the biomedical and medical sciences category.

A gold award went to Impaq home schooler Relebohile Mosea from Bloemfontein for showing that an antiviral encapsulated in a robotic capsule can be developed with features such as drug delivery, diagnostics, and detection of the virus. Category winner Helene Fourie proved that plants can grow in oxygen- and water-poor environments if certain conditions are met.

“All these projects demonstrated the kind of scientific research approach that the Eskom Expo for Young Scientists endeavours to cultivate amongst school learners,” says Eskom Development Foundation CEO, Cecil Ramonotsi.

It is part of Eskom’s broader strategy of skills development, investing in science, technology, engineering, mathematics, and innovation (STEMI) subjects at school level.

The Free State awards event is one of nine provincial events leading into the final Eskom Expo for Young Scientists International Science Fair (ISF) which will be held on 8 October 2021. The Eskom Expo ISF will include participants from 35 regions in South Africa and some African countries.

Now in its 41st year, the Eskom Expo for Young Scientists is endorsed by the Department of Public Enterprises, Department of Science and Innovation, the Department of Basic Education and has also received recognition from the Presidency. It sees learners presenting their scientific research work to judges, professionals from the private sector, academics, scientists, educators, learners from other schools, parents as well as other interested members from the general community.