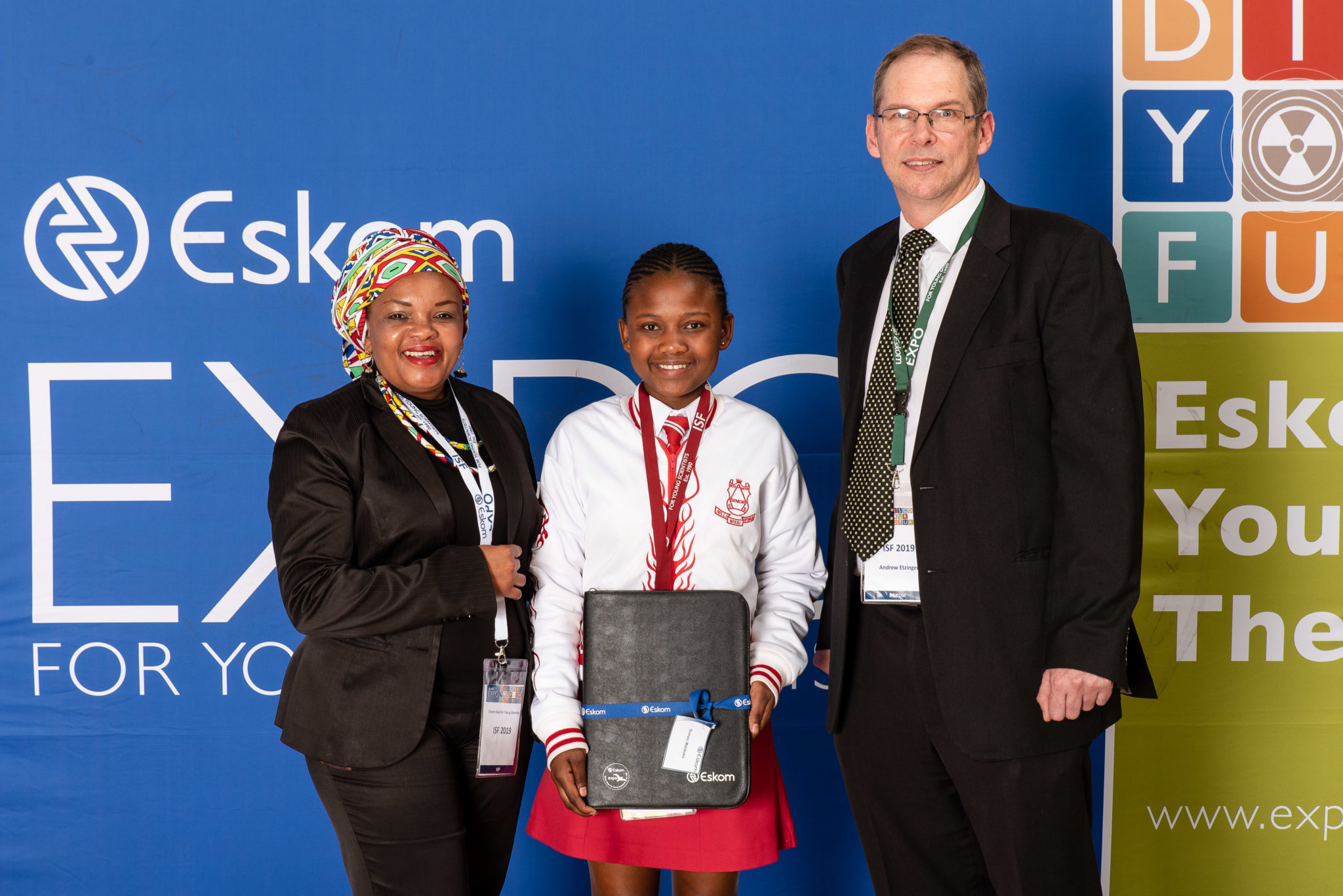 A young scientist from Newcastle in KwaZulu-Natal has earned a full bursary to study at a South African university of their choice, after presenting a scientific research project intended to reduce the effects of greenhouse gases and carbon dioxide emissions in the atmosphere.

Gcinani Mazibuko, an 18-year-old Grade 12 learner at Bethamoya High School in the Madadeni township, was awarded an Eskom bursary at the 39th Eskom Expo International Science Fair in September this year. The science fair, held at the Birchwood Hotel and Conference Centre in Boksburg, brought together the brightest young scientists from across South Africa and various countries around the world to compete for cash prizes, bursaries, laptops and international science tours.

The bursary is dependent on Mazibuko meeting the set criteria, upon receiving her matric results. Her project, ‘Carbon Dioxide Limiter’, aims to reduce carbon dioxide by reacting it with potassium hydroxide (KOH) before it is emitted to the atmosphere.

“To ensure the success of the investigation, experiments were conducted each having three trials. The first experiment was a fabric test, to explore whether KOH will alter the polypropylene’s nature. The second experiment was conducted to prove that carbon dioxide was indeed a by-product of coal combustion,” said Mazibuko.

Eskom Expo Northern KwaZulu-Natal Regional Science Fair Director, Ramchandra Reddy said that the Expo experience continues to showcase the unique scientific and research capacity of learners. “Gcinani is one of the outstanding examples of how young people are committed to changing the world. We are immensely proud of her innovative research designed to finding solutions to help manage our environment, and I am confident that her exceptional talent will ensure that all of us take heed of the lessons in order to provide a positive future for all communities,” said Reddy.