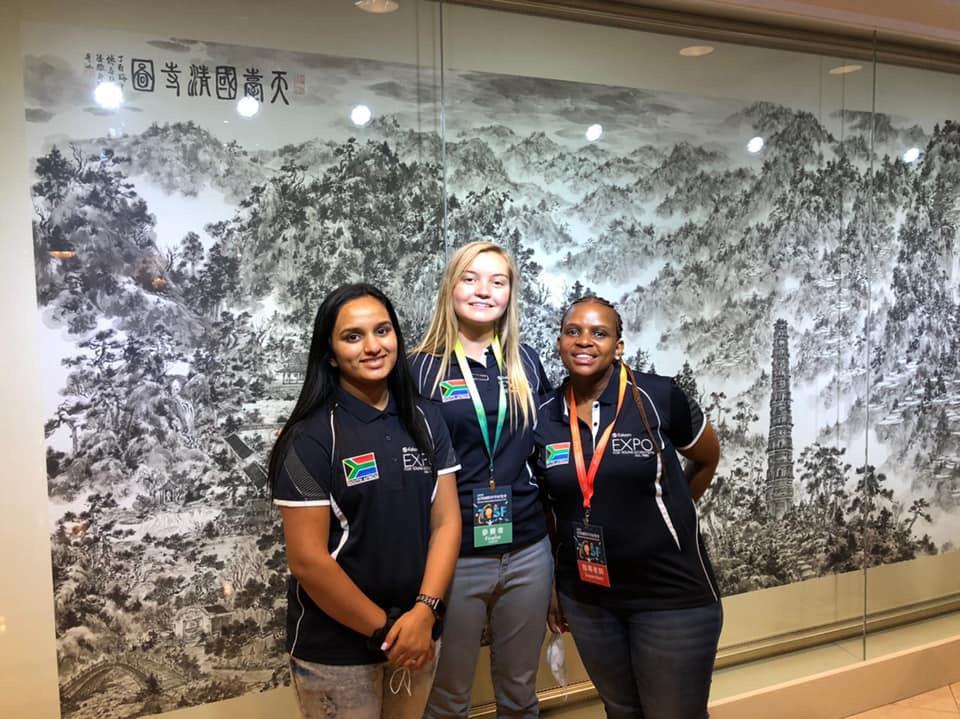 Farida Cajee, 18, from Hoërskool Schweizer-Reneke in the North West and Miné Steenkamp, 16, from Hoërskool Douglas in Kimberley were selected by a panel of academics and professionals following ISF, which was held in Gauteng in September 2019. The teens captivated judges with their ingenuity, depth of knowledge and mastery of inquiry methodology.

Cajee set out to find a way to help amputees save hundreds of thousands of rand on prosthetics. Cajee’s project, “Using EEG neuro-feedback technology to control a prosthetic hand” aims to be a more affordable prosthetic alternative. The project entails an electroencephalograph (EEG) headset that measures brainwaves paired with a prosthetic hand from recycled material which is able to move based on thoughts.

Steenkamp, who won Eskom’s best innovative project award at ISF, will showcase her project: “Luminol-artemisinin: the alternative for bloodstain detection”. Inspired by a murder in her family, Steenkamp aimed to investigate the use of Artemisinin combined with Luminol to retrieve evidence more efficiently from crime scenes, using a smartphone as the detector, which could provide highly accurate on-scene analyses.

Eskom Expo Executive Director, Parthy Chetty said: “As we start 2020 with the Taiwan science fair, it is very admirable that we have two female learners representing South Africa, and who can encourage more girls to take up science-related studies and careers. We wish them well in their upcoming challenge and have faith that they will represent South Africa to the best of their ability.”

The Taiwan fair takes place from 3 to 7 February 2020 at the National Taiwan Science Education Center in Taipei. South Africa participates in this fair as it offers learners an opportunity to present their research to their peers from other countries, while promoting cross-cultural communication and educational exchange.

Eskom General Manager for Risk and Sustainability, Andrew Etzinger said: “Eskom Expo has for the past 40 years sought to nurture an interest in the sciences, and through strategic support from Eskom, enable promising young scientists like the two selected to represent our country in Taiwan, to receive even greater exposure to science, technology, engineering, mathematics and innovation (STEMI) activities. Both girls have in-depth knowledge of their respective fields and would benefit from interactions with their peers at this competitive science fair.”

International science fairs are excellent opportunities for South African young scientists to grow intellectually and socially. These international fairs go beyond their school, regional and national science fair by opening new possibilities and shrinking the global village, which enable the sharing of knowledge and cross-pollination of ideas.