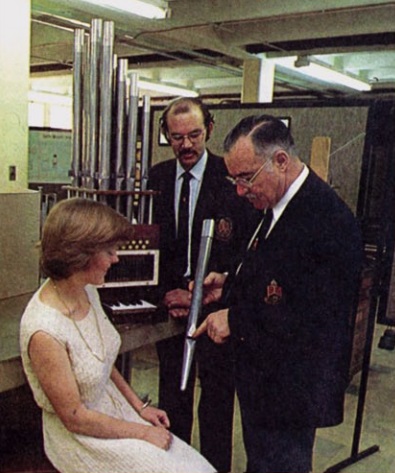 Prof Lötz Strauss, who passed away on 25 November 2020, will be remembered for his passion for teaching, and his remarkable talent to explain physics clearly and accurately – which proved to be invaluable when mentoring Expo for Young Scientists participants during the organisation’s inception years.

He obtained both his Masters of Sciences (MSc) and Doctor of Philosophy (PhD) in Nuclear Physics at the University of Pretoria, and was promoted to associate professor in 1977 and professor in 1984.

According to Expo trustee, Prof Rosemary Gray, in 1979, “Prof Strauss became one of the founding members of Expo for Young Scientists, when Dr Derek Gray first put together a small committee to launch his vision for youth science in South Africa”.

The aim of Expo was to produce opportunities for gifted scientists and engineers to grow their passion for the sciences and realise their full potential – while still in the school system.

Prof Strauss was instrumental to the establishment of Expo, which aimed to create a platform for non-racial participation of all learners, and has since grown into the largest science fair in the country and now on the continent.

Former student, Corne Schutte, said Prof Strauss was an absolute legend during his time as an engineering student at the University of Pretoria. “He managed 400+ first year engineering students in Physics single-handedly, keeping it engaging and entertaining,” he wrote on Facebook.

These included publishing numerous papers on science education in journals aimed at teachers and lecturers, along with two textbooks, “Inleidende Fisika” and “Wiskunde vir Natuurwetenskaplikes“. He also served as chair of the Foundation for Education, Science and Technology – now known as the South African Agency for Science and Technology Advancement (SAASTA) – and was a consultant on a number of SABC television series targeting school-level education.

Prof Strauss was also an avid music lover, serving as an organist in his congregation, he also directed a number of choirs. He became a well-known figure in radio circles in Pretoria and Hermanus, having presented a number or radio programmes featuring classical music from his own extensive collection. He is survived by his wife Esther, his children Heinrich and Marlene, and grandchildren.

Eskom Expo Executive Direct, Parthy Chetty, says: “Eskom Expo for young scientists would like to acknowledge the invaluable contribution made by Prof Strauss, at inception of the oldest science fair in the country, and also the impact he has made to a very long list of successful scientists and engineers that he influenced and mentored”.

A memorial service will be held for Prof Strauss: