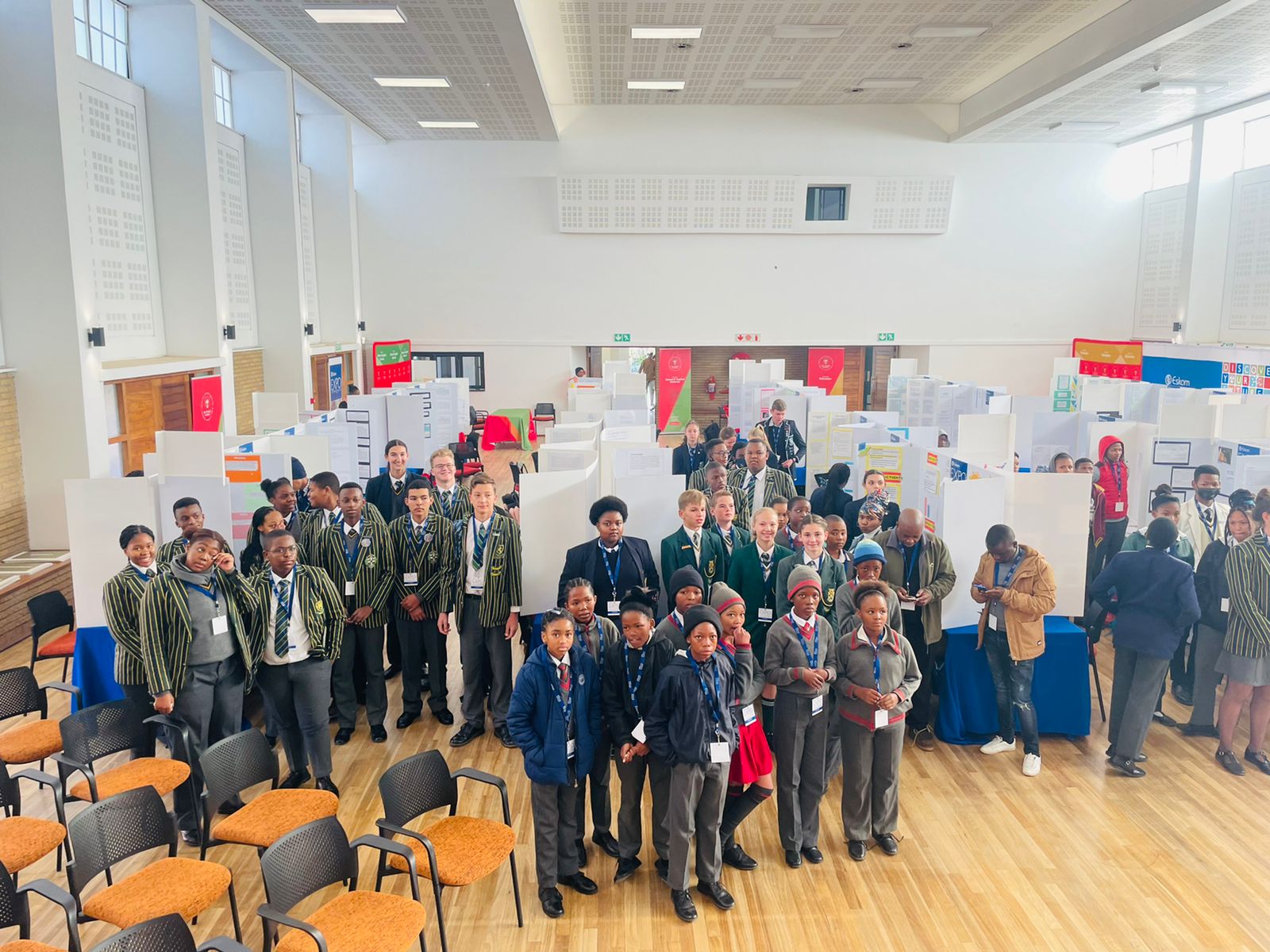 A number of young scientists gathered at the Sol Plaatje University South Campus Community Hall to display their science and innovation research projects during the Kimberley regional finals of the Eskom Expo for Young Scientists.

The expo saw a total of 78 learners from the region showcasing their innovative science, engineering and social investigations, while 31 judges who are educators, specialists and scholars in the various competition categories and Eskom Expo enthusiasts evaluated and gave scores to the 59 projects that were on exhibition.

This regional expo was one of 35 regional expos planned in all provinces across South Africa – the first Eskom Expo physical science fairs since 2019 due to the COVID-19 pandemic. This year, the most number of entries were seen in the Biomedical and Medical Sciences category with 15 entries. There were also a significant number of entries in the Social Sciences and Energy categories.

Eskom Expo’s Northern Cape Provincial Coordinator, Chris McCartney, said: “Although there were relatively few entries compared to the pre-Covid pandemic number of entries at the Expo, it was pleasing to see a marked increase over the previous two years when the Expos were held online. The event also marked a new partnership with the Sol Plaatje University, as both organisations share common goals, and the Vice-Chancellor, Professor Andrew Crouch, is keen to support STEM education across the province”.

The Eskom Special Award winners for the best project by female learners were Isabella Struwig and Sade Gird from Newton Primary School with their project titled, “Combating pollution through thermal insulation: Repurposing disposable masks into blankets for the homeless”.

The Best in Energy Category was awarded to Antoné Menne from Hoërskool De Aar with her project, “Skaap-voerkraalmis ideaal vir verhitting”.

The best Development Project was also a group project, and awarded to Chriszaan Olievier and Rihanna Darries from Hoërskool Riverside with their project, “Candle jar”.