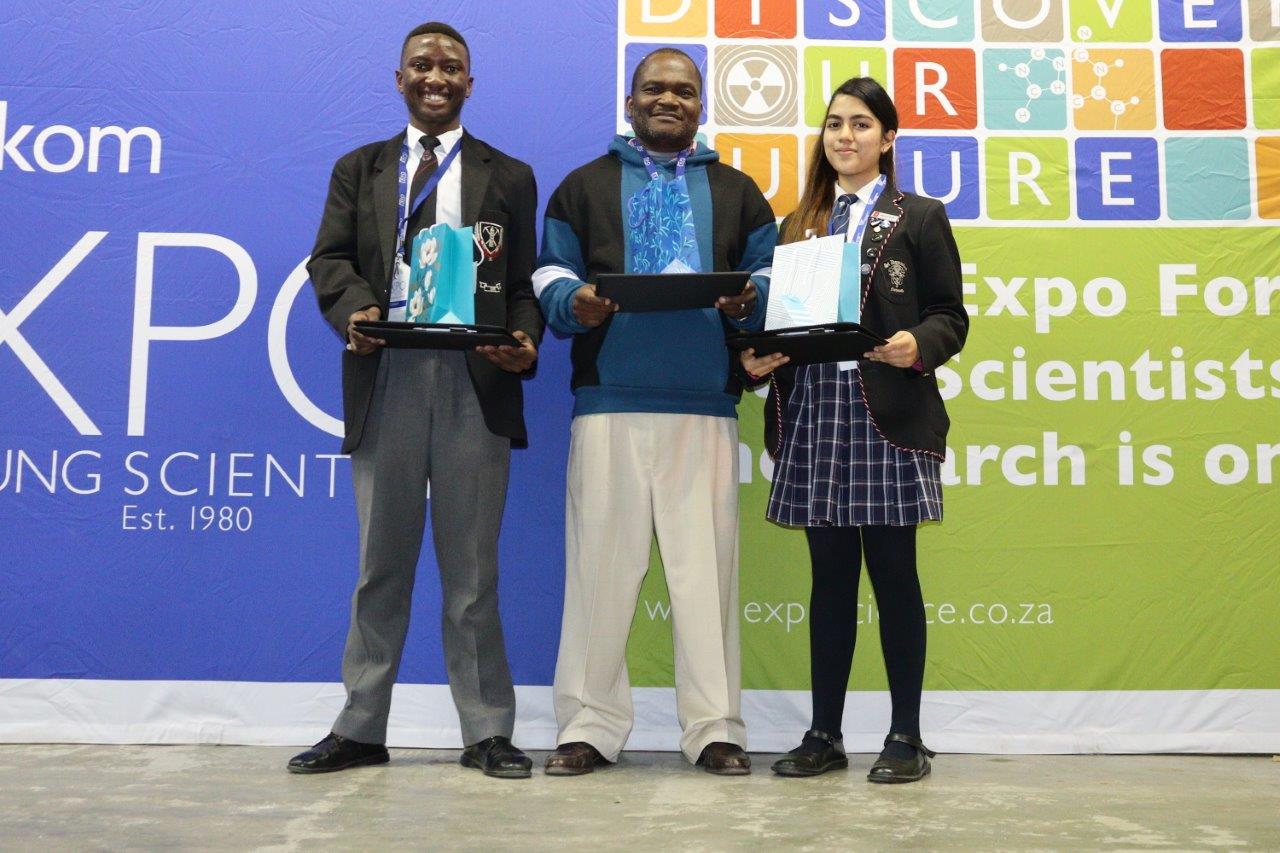 The Northern KwaZulu-Natal regional finals of the Eskom Expo for Young Scientists saw more than a hundred learners display their science and innovation research projects.

A total of 151 learners from the region gathered at the Newcastle Show Hall on 22 July 2022 to showcase their innovative science, engineering and social investigations, while 37 judges who are educators, specialists and scholars in the various competition categories and Eskom Expo enthusiasts evaluated and gave scores to the 129 projects that were on exhibition.

This regional expo was one of 35 regional expos planned in all provinces across South Africa – the first Eskom Expo physical science fairs since 2019 due to the COVID-19 pandemic. This year, the most number of entries were seen in the Social Sciences category with 33 entries. There were also a significant number of entries in Engineering and Energy category.

Eskom Expo’s Northern KwaZulu-Natal Regional Science Fair Directors, Dr Alfred Msomi (Uthukela District) and Mr Manuel Govender (Amajuba District), were very thankful to have been able to host a physical expo this year in the region, and to be able to give young scientists a platform to express their creative, innovative, talent through their research projects.

“Children need to be exposed to, and participate in interactive, meaningful activities that channel their curiosity and inspire them to investigate the world around them. The Eskom Expo provides this amazing opportunity to budding scientists and engineers,” said Govender.

Dr Msomi said: “I wish to express much gratitude to the team of volunteers, teachers, and parents, officials from the Eskom Expo for Young Scientists, the Department of Education and Eskom, who have played a meaningful role in enabling these youths to give expression to their passion for the science, technology, engineering, mathematics and innovation fields, and for being a part of this amazing journey”.

The Eskom Special Award winners were: