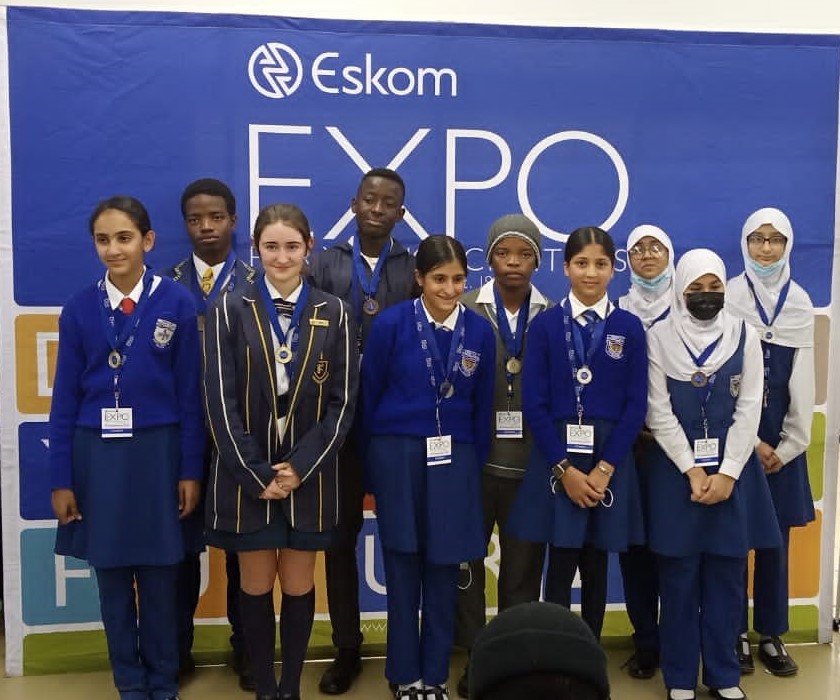 A total of 246 learners from the Bojanala region gathered at the regional finals of the Eskom Expo for Young Scientists to showcase their innovative science, engineering and social investigations.

The event which was held at the Zinniaville Secondary Hall on 29 July 2022 saw 23 judges who are educators, specialists and scholars in the various competition categories and Eskom Expo enthusiasts evaluate the learners’ research, and gave scores to the 187 projects that were on exhibition.

This regional expo was one of 35 regional expos planned in all provinces across South Africa – the first Eskom Expo physical science fairs since 2019 due to the COVID-19 pandemic. This year, the most number of entries were seen in the Engineering category with 65 entries. There were also a significant number of entries in Energy, Earth Sciences and Social Sciences.

Kutlwano Tshatiwa, an international gold medal-winning young scientist from the region who attended the event, said: “When I entered Eskom Expo back in 2019, I never thought that one day I would have achieved so much in Expo. I used to envy learners who won gold medals back then, and told myself that I will get there one day. I had to spend sleepless nights to learn so much about machine learning, and my hard work eventually paid off. Winning a gold medal while representing Eskom Expo and South Africa in Tunisia is a highlight in my journey as a young scientist. To all promising young scientists, irrespective of your background, you can have it all just like me; but only if you put in some effort.”

A total of 32 learners received bronze medals, while 14 received silver and 10 received gold. Learners from Field College received the most number of gold medals and medals overall.