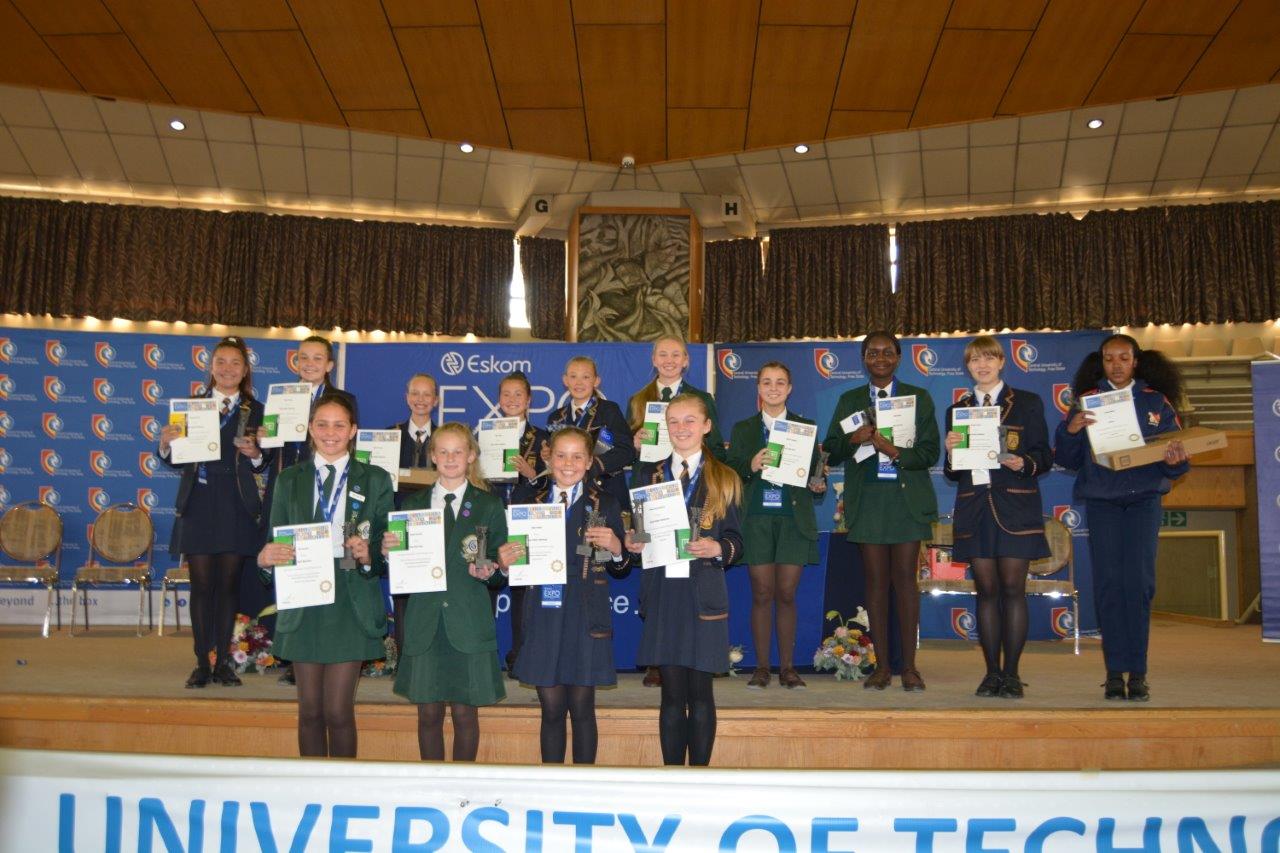 The Bloemfontein regional finals of the Eskom Expo for Young Scientists provided a platform to more than a hundred learners to showcase their science and innovation research projects.

A total of 131 learners from the region gathered at the Central University of Technology on 30 July to display their innovative science, engineering and social investigations, while 51 judges who are educators, specialists and scholars in the various competition categories and Eskom Expo enthusiasts evaluated and gave scores to the 92 projects that were on exhibition.

A total of 56 learners received bronze medals, while 28 received silver and 14 received gold. Learners from C&N Oranje Meisieskool received the most number of gold medals and medals, overall.

For more information on the Bloemfontein region, contact Nicho Swartz: nicho@exposcience.co.za or 0603731101