Media release: Is there another Thabo Maliea in the Free State?20 August 2021 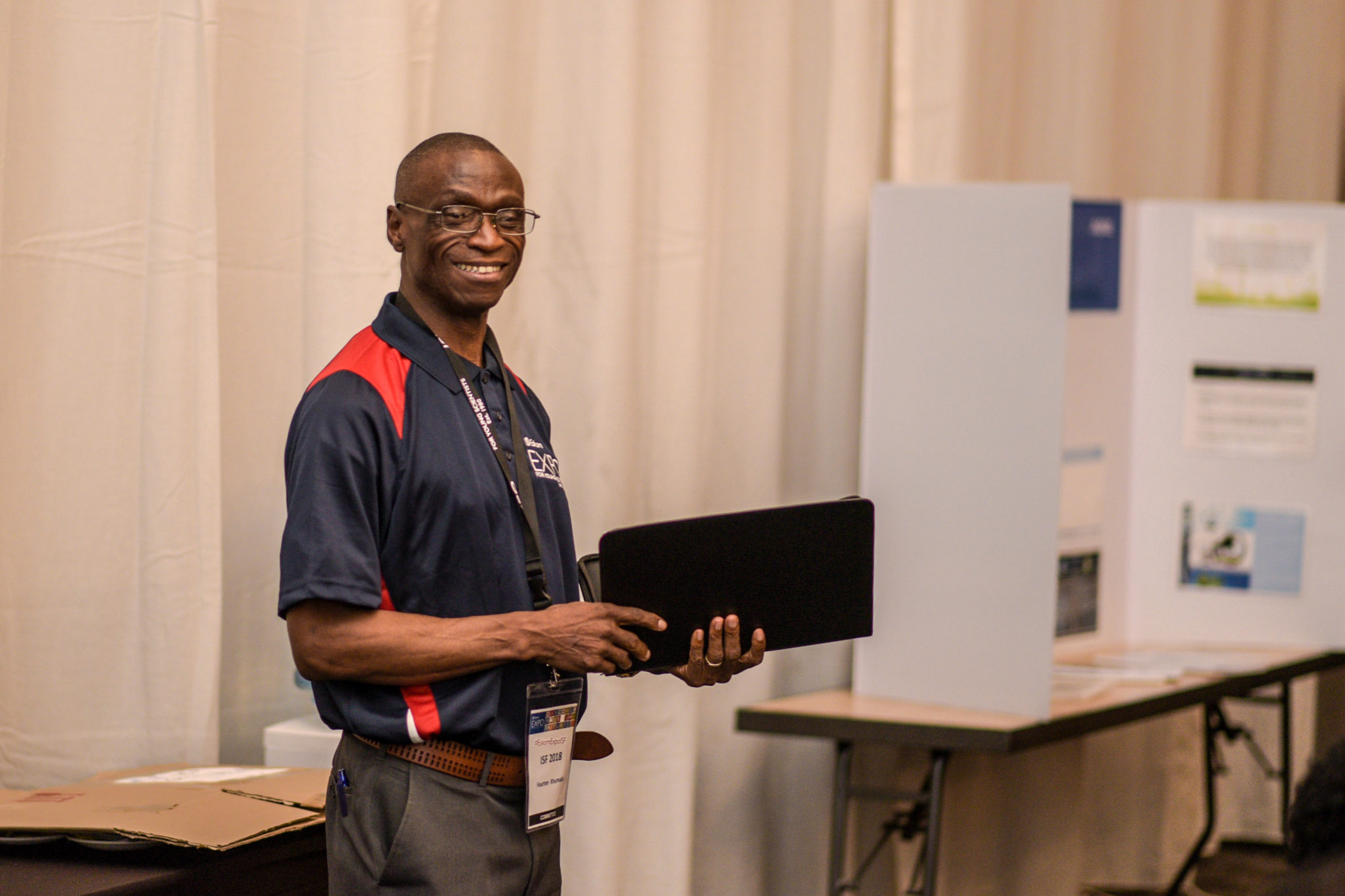 After 24 years with Eskom Expo for Young Scientists, Dr Fourten Khumalo still enjoys creating a conducive environment for learners to develop their scientific investigations. This while encouraging promising young scientists to showcase their future careers through their research projects.

Dr Khumalo became involved with Eskom Expo in 1997 as a subject advisor for Agriculture.

“I was approached to assist with the establishment of the Nkangala region, formerly known as KwaMhlanga. My passion for research ultimately pushed me to accept the challenge,” he says.

“I assembled the first team of volunteers and a committee was established the same year. The planning of programmes for the following year was then done, which involved a number of consultation and learning from existing regions, with full support from the national office. The Nkangala region hosted its first science expo in 1998, and has ever since continued without fail,” he adds.

Currently, Dr Khumalo is the Chief Education Specialist in Examinations (with expertise in Agriculture and Environmental issues) at the Mpumalanga Department of Education.

“I’m very passionate about agricultural sciences, farming and environmental issues, which led me to this profession,” he says. “I wanted to ensure learners who are future leaders can explore the environment, whilst ensuring sustainability of resources for future generations”.

Dr Khumalo has been the regional chairperson (now Regional Science Fair Director) for Nkangala since 1997.

“Nationally, I have been a judge, a delegation leader, presenter at the Educator Academy, and served in the Eskom Expo International Science Fair’s (ISF) judging committee – all while serving as a member of the Eskom Expo Board of Directors,” he says.

Dr Khumalo maintains that having a stable regional Eskom Expo committee and improving the quality of projects in the region has been some of his most notable achievements at Expo.

His other achievements at Expo include:

Dr Khumalo also penned an unpublished book, My journey with Expo for Young Scientists, which emanated from his love and passion for doing scientific projects and mentoring with school children. He envisioned this book as a catalyst for many people who have participated in Expo in the past, to share their stories, as embarking on an Expo project is not an easy task, and co-ordinating an Expo event is very dynamic and complex.

Eskom Expo would like to extend a special thank you to Dr Khumalo, who completed his three-year tenure as the Regional Science Fair Director (RSFD) representative on the Expo board of directors (BOD) in June 2021.