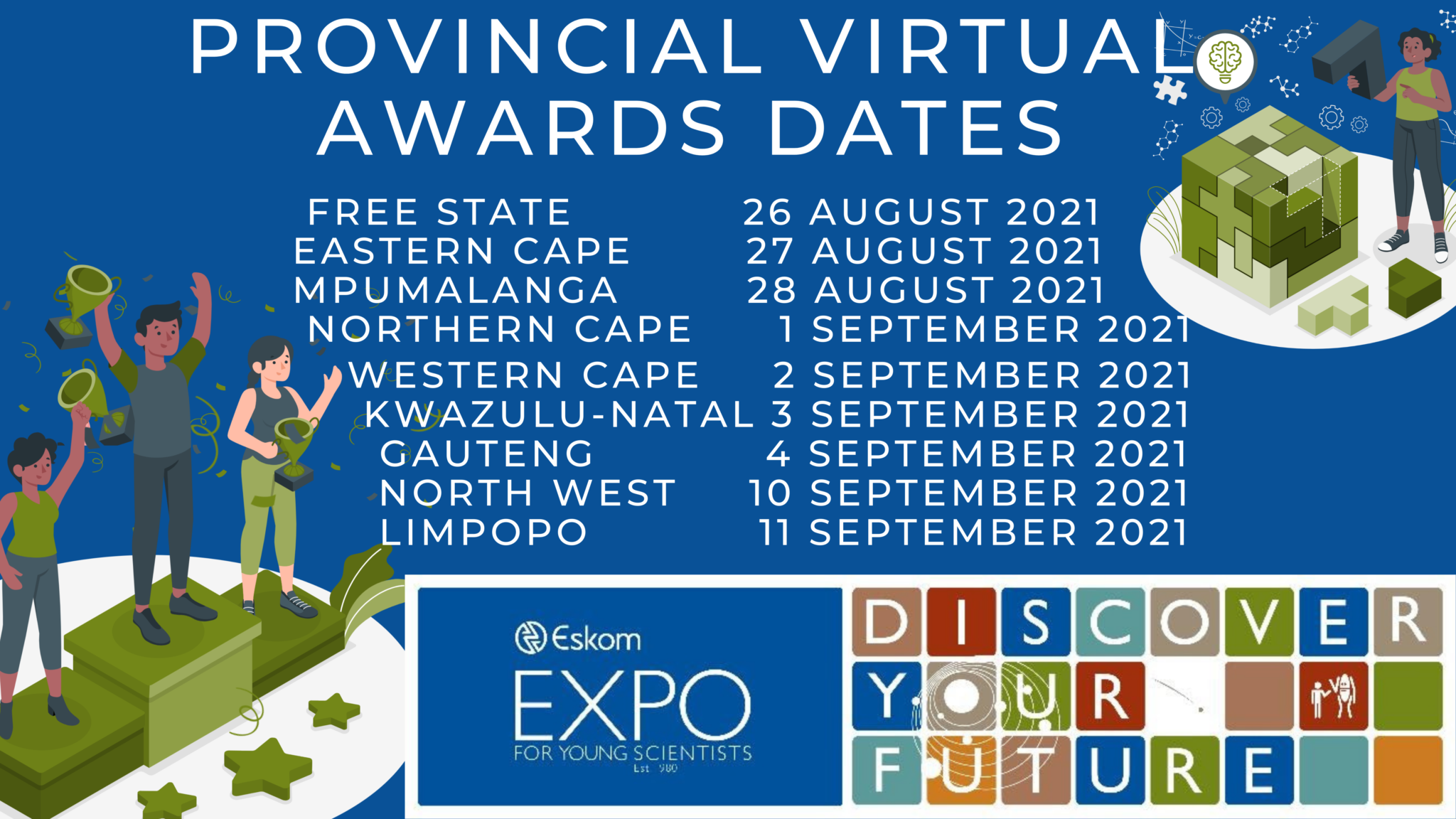 Even during the lockdown, entrants from schools across the country were innovative in the projects they undertook and were supported by a host of online resources and webinars, resourced, and arranged by the expo organisers.

The resilience and innovation displayed by learners in submitting such high-quality projects despite the challenges of the COVID-19 pandemic is truly inspiring. Says Andrew Etzinger, Eskom General Manager of Risk and Sustainability: “It is an exceptionally difficult time to make the continuation of the Eskom Expo possible”.

Funded by the Eskom Development Foundation, the Eskom Expo for Young Scientists is an NGO whose primary aim is to encourage the youth to participate in STEMI activities so as to promote an interest in these areas, with the long-term view of developing scientific skills that would lead to science and engineering careers. The power generator sees itself as doing more than supplying electricity, it recognises the national benefits of developing a passion for science, technology, engineering, mathematics, and innovation (STEMI).

Eskom Expo has a long tradition of doing exactly that, having been in existence for over 40 years. It is the largest science fair in the country, with more than 100 000 learners from 35 regions in South Africa, as well as some African countries, taking part annually.

Eskom Expo will host nine virtual events which will lead into the Eskom Expo International Science Fair on Friday 8 October 2021 where the top young scientists will showcase their scientific brilliance. The first virtual provincial expo will be in the Free State on August 26, ending on 11 September in Limpopo.

The fact that the Eskom Expo was such a tremendous success last year despite the limitations imposed by the pandemic, is an indication of how important the event is, giving future problem-solvers a platform to take their inventions to the next level. So says Cecil Ramonotsi, CEO of the Eskom Development Foundation, the main funder of the Expo.

According to him, the value of the competition lies in its ability to bridge the gap between the classroom knowledge and the application of such skills to address issues that confront societies on the African continent. The developmental needs of communities require innovative interventions and fresh applications of scientific and technological solutions.

Learners who excel in the Eskom Expo stand a chance of winning bronze, silver, or gold medals. There are also a variety of special prizes such as laptops, university scholarships and participation in international science fairs.

Eskom’s official view is that expanding the country’s skills base is a top priority, and it relishes the opportunity to unearth promising learners and put them on the path to academic success.

The Eskom Expo for Young Scientists is an exposition, or science fair, where students have a chance to show others their projects about their own scientific investigations. At the annual prestigious Eskom Expo for Young Scientists International Science Fair (ISF), selected students from 35 expo regions in South Africa compete against the best young scientists from around the country and Africa. The provincial award ceremonies can be viewed here.