Lockdown does not deter Eskom Expo young scientists25 February 2021Next 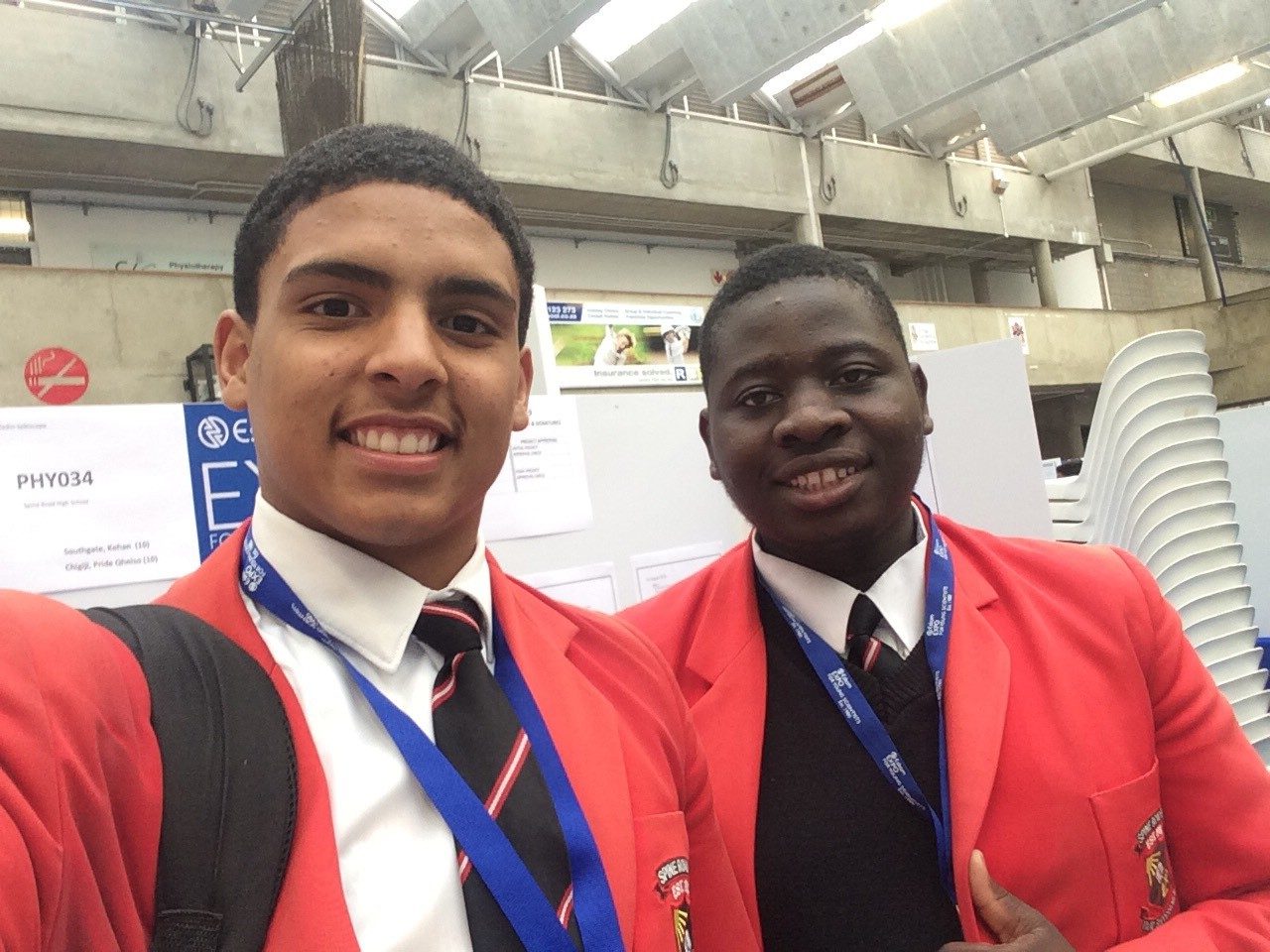 They investigated the sun’s radio waves but are now looking further afield – radio frequencies from other astronomical bodies. Cape Town high school learners Pride Chigiji and Kohan Southgate were influenced by the work done at the Square Kilometre Array Observatory and the South African Radio Telescope.

It won them a gold medal in the Eskom Expo for Young Scientists International Science Fair, South Africa’s oldest, largest and most prestigious science fair for learners.

Kohan and Pride wanted to do a science project involving astronomy and engineering after they were introduced to radio waves theoretically at school. They decided on radio astronomy and built a radio telescope to investigate how radio waves work practically, in particular, the emission of radio frequency waves by the sun.

They explain that they aimed at receiving, recording and interpreting radiation from the sun.

Pride says that their teacher, Esther Burger at Spine Road High School, inspired them to enter the science fair. “She made us excited”, she explains.

For her the Eskom Expo really enhances knowledge and shows that science is all around one. She is thankful that the expo gave youngsters a platform to come up with new ideas and contribute to solving the world’s problems.

Winning was a surprise, but when you work hard, it is deserved. It took Kohan and Pride two years to make the project a success. And now, they will look beyond the sun to other astronomical bodies.

The Expo’s primary aim is to encourage the youth of South Africa and Africa to participate in STEMI (science, technology, engineering, mathematics and innovation) activities in order to promote an interest in these areas, with the long-term view of developing scientific skills.

Expos are hosted in 35 regions across all nine provinces in South Africa, culminating in the annual international science fair where outstanding learners exhibit their research or investigative work. Prior to the lockdown, the Eskom Expo reached more than 2 000 schools and 100 000 learners nationally and the top 500 projects were invited to exhibit at the International Science Fair.  Because of the COVID-19 pandemic and the subsequent lockdown, the resulting awards ceremony was held virtually.

“One of the distinguishing features of the Eskom Expo is the long-term value it adds to future scientific endeavours in the country. Its wide reach into communities helps to stimulate interest in STEMI and underscores the value that science and innovation can bring to solve some of society’s most pressing developmental challenges,” says Cecil Ramonotsi, CEO of the Eskom Development Foundation.

The Expo also reaches into Africa and beyond, attracting participants from several countries on the continent and even Turkey and Indonesia.

Eskom is involved, as one of its top priorities is the expansion of the country’s skills base.

As Andrew Etzinger, Eskom’s General Manager: Risk and Sustainability, affirms: “An initiative such as the Eskom Expo underlines the value of mobilising the youth itself to become involved in devising solutions. There is no shortage of interest in STEMI nor lack of innovative thinking among the youth. It only requires opportunities to harness this ingenuity and reveal it to a wider audience.”

Registration to participate in the 2021 Eskom Expo for Young Scientists is now open. Learners in grades four to 12 may register their own projects by clicking here. Learners can register now and upload their documents at a later stage. Click here to access resources & easy-to-use templates. For support, contact us on WhatsApp. Save this number +2767 638 3496 and say “Hi”.
3 Likes
There are 2 comments
Leave a Reply