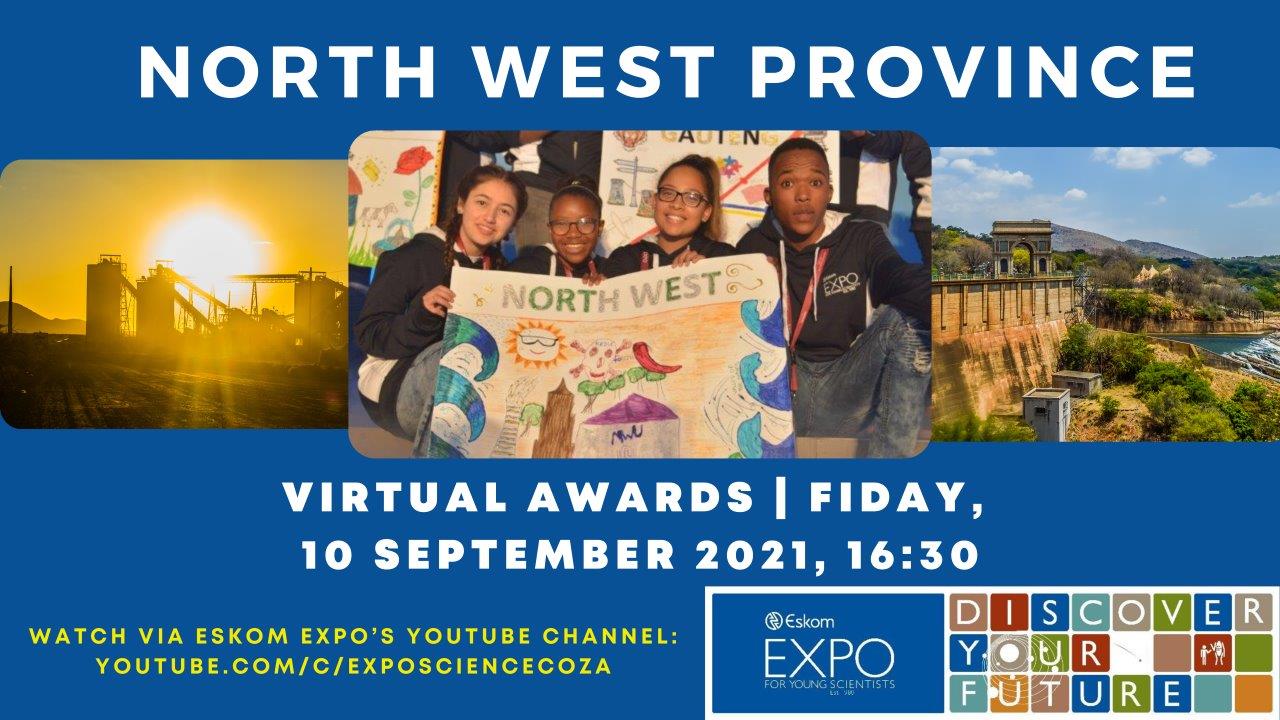 The quality of brackish water in her area concerned Reabetswe Maputle enough to undertake research into the problem. Her research findings won her a medal at the provincial North West Eskom Expo for Young Scientists and a visit to a science fair in China – where she was also awarded a gold medal.

Reabetswe was at the Potchefstroom High School for Girls when she entered her research project for the Eskom Expo. She found pathogenic bacteria in boreholes and in vertical tanks used to store water. She warned that this presented real health risks to the local population. She is currently completing an undergraduate degree at the University of Pretoria.

This year’s provincial North West science fair will be held on Friday, 10 September 2021 at 16:30. Because of the COVID-19 pandemic, it will be held virtually and can be viewed here.

The pandemic did not stop last year’s entries from school learners for the country’s oldest and most prestigious science fair from producing excellent work. Indications are that the same will be true this year as 111 entries have been received, covering a wide spectrum of interests, ranging from engineering and environmental science to social sciences.

The majority of entries were from female learners. Young scientists can enter their investigations into one of thirteen categories.

Mmabatho Moloedi, the North West provincial coordinator of the Eskom Expo,  explains that the Eskom Expo is part of a broader Eskom strategy of skills development, investing in science, technology, engineering, mathematics and innovation (STEMI). Eskom is committed to driving skills development in these fields and relishes the opportunity of unearthing promising learners and putting them on a path to academic success and careers that contribute to South Africa’s developmental needs.

The North West awards ceremony is one of nine such provincial events leading into the final Eskom Expo for Young Scientists International Science Fair (ISF) which will be held on 8 October 2021. The ISF will include participants from 35 regions in South Africa as well as from several other African countries.

Despite the challenges experienced due to the pandemic, Eskom has managed to continue supporting the STEMI programme through the Eskom Expo for Young Scientists. It has managed to do this through innovative ways, such as virtual science clubs, virtual workshops for learners and teachers, science day camps, and more.

Certainly, Reabetswe’s research findings took her through the Eskom experience to an international one, and on to university.