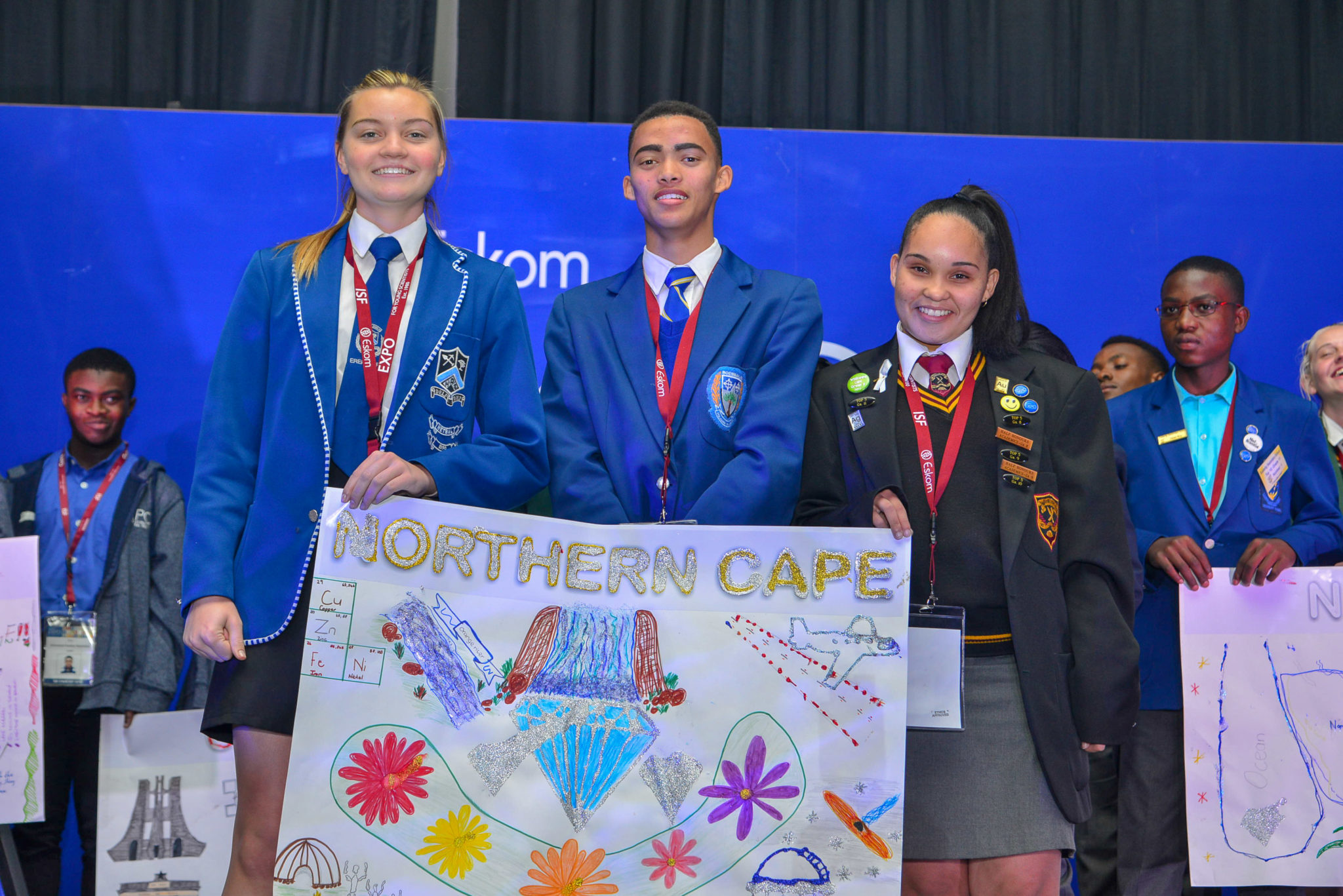 Washing hands has become common during the COVID-19 pandemic – as it should. But not all soaps are effective. This is one of the findings of an award-winning research effort which was one of some 79 such projects showcased at the provincial Northern Cape Eskom Expo for Young Scientists.

The project on the importance of choosing the right soap for the washing of hands earned a twosome, Mea Ford and Nordeway van Zyl, an Eskom Award for Best Development Project – one of four such awards.

The Eskom Award for best Female Project went to Jana Strydom who grappled with the problem faced with developers of electric cars – how to extend the distance travelled before the car battery has to be recharged. She proposed that a wind turbine installed just behind the vehicle’s grill would do the trick.

“It is clear that resilience is a South African trademark with learners taking inspiration from the pandemic to decide on research subjects despite its disruptions,” said provincial coordinator of the Eskom Expo, Chris McCartney.

COVID-19 did not stop school learners from entering excellent research projects for the country’s oldest and most prestigious science fair. A wide range of subjects were covered, ranging from the environment to energy. Top of the list were bio-medical and medical sciences.

“What was noticeable in the Northern Cape”, said McCartney, “is that four of the five Eskom award winners were girls”.

“These projects demonstrated the kind of research approach that the Eskom Expo for Young Scientists endeavours to cultivate amongst school learners, said Cecil Ramonotsi, CEO of the Eskom Development Foundation. It is part of Eskom’s broader strategy of skills development, investing in science, technology, engineering, mathematics, and innovation (STEMI) subjects at school level.

“As the primary funder, Eskom endeavours to cultivate a research mind-set in the youth through programmes such as the Eskom Expo for Young Scientists,” said Ramonotsi.

The Northern Cape awards event is one of nine provincial events leading into the final Eskom Expo for Young Scientists International Science Fair (ISF), which will be held on 8 October. The ISF will include participants from 35 regions in South Africa and some African countries.