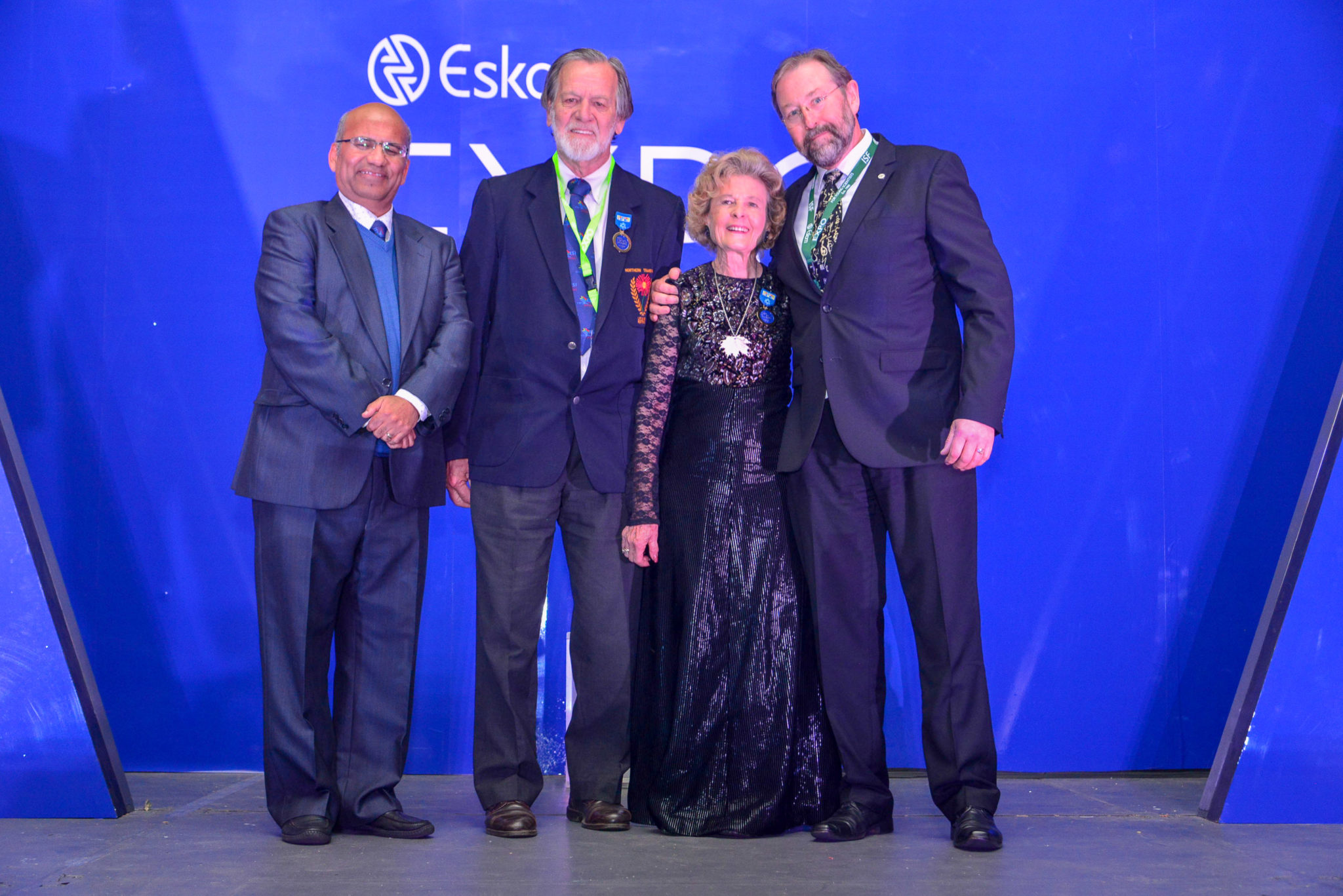 It was the most prestigious honour for Eskom Expo for Young Scientists to have Expo co-founders, Prof Rosemary Gray and Detlef Basel present at the 39th International Science Fair (ISF).

Prof Gray being the wife of the late Dr Derek Gray and author of ‘Light comes out of the darkness’ – a soundly researched history of the Expo for Young Scientists; and Basel having founded the Expo along with Dr Gray.

The fair was held at the Birchwood Hotel and Conference Centre in Boksburg in September 2019, and brought together the brightest young scientists from across South Africa and various countries around the world.

The duo received the Expo Fellowship Award, the most prestigious award in the organisation and was awarded for the first time in 40 years. The recipients of this highest honour were recognised by their peers for the lifetime contribution to the success of Expo for Young Scientists and undergoes a stringent process by the board of directors before approval. The recipients continue to promote the essence of Expo in their actions and goodwill, and are worthy of this highest honour in the organisation.

Basel became involved with Expo for Young Scientists in 1980, just after Dr Gray and his family arrived in Pretoria from Zimbabwe, and started teaching at Pretoria Boys High School.

“Derek had the idea of starting Expo for Young Scientist so he called a meeting of some eight teachers from different schools to investigate the prospects of such an organisation. I was teaching at St Alban’s College at the time, had come from Zambia 15 years earlier. It was at that meeting that EXPO was established. As a founding member I have been involved for 40 years,” he says.

“Derek was an enthusiastic teacher who saw good in everybody. His vision was to train young people to be concerning scientists. From the very beginning of EXPO, doors were opened to all pupils regardless of creed or colour,” he adds.

After 60 years of formal teaching, Basel is now retired, but still helps out when called upon to do so.

“As an infant I grew up on a farm and there was never a lack of one or other activity having a scientific outcome. A serious interest in science developed at high school as a result of having a teacher who was passionate about science,” he says.

“It is good to see what some of the medal winners at EXPO have progressed to in their careers. It makes all the effort worthwhile,” concludes Basel.