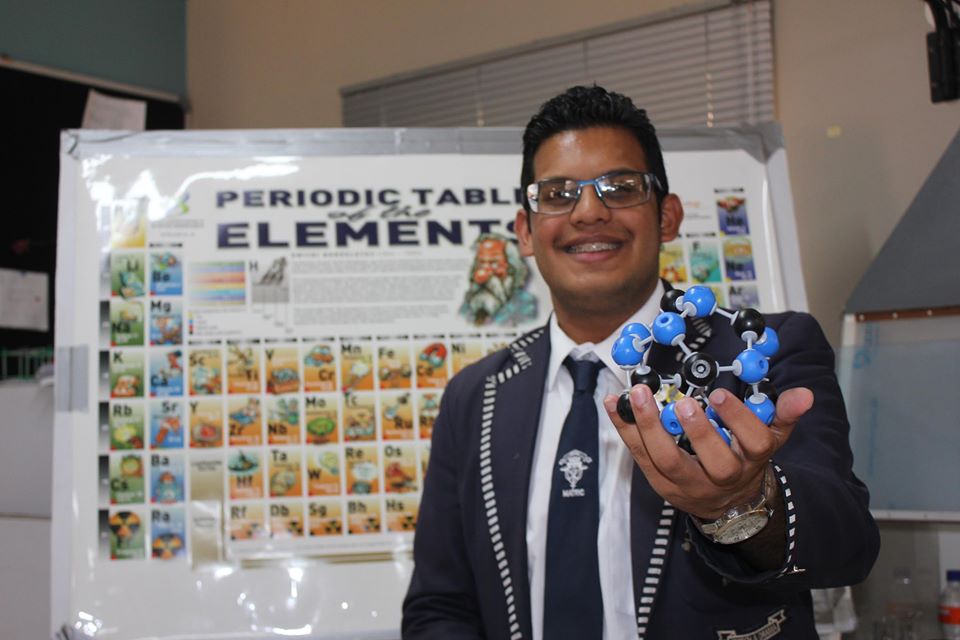 Curiosity, seeking evidence for problem-solving activities and using his imagination, led Rahil Samlal from Newcastle in Northern KwaZulu-Natal on the most interesting Eskom Expo journey.

Samlal, 19, became involved with Eskom Expo when he entered the regional science expo in Ladysmith in 2014.

“My friends and I all planned to go, and it was an incredible first experience. I remember receiving a Participation Award for my project and planning to improve the following year. The atmosphere at the regional fair was lively and filled with opportunities to network and learn all kinds of new things,” says Samlal.

From a young age, Samlal had a natural love for science, and cites his physics, maths, and life sciences teachers at Curro St Dominic’s for their monumental impact on his formal science training.

His Eskom Expo projects between 2014 and 2018 all focused on biological agents with a microbial nature that could either prevent, cure, or treat disease – and which had far-reaching applications in agriculture.

Samlal went from receiving a Participation Award at the 2014 regional expo with his first project, to being selected to represent Northern KwaZulu-Natal at the 2017 Eskom Expo International Science Fair (ISF).

At the 2017 ISF, Samlal captivated judges with his ingenuity, depth of knowledge and mastery of inquiry methodology, winning the prestigious University of Pretoria/Professor Derek Gray Memorial Award, which included a full bursary to study at the university and the opportunity to represent South Africa at the Stockholm International Science Seminar (SIYSS) during the Nobel Prize Week.

“I had the honour of meeting the Nobel laureates from 2018 in Stockholm. I also had the opportunity to give a speech based on my research and made international connections whom I still converse with today about all our upcoming academic endeavours,” says Samlal, who also represented South Africa at the INTEL International Science and Engineering Fair (ISEF) in Pittsburgh, USA in 2018 and invited to speak at the 2019 Eskom Expo ISF to motivate young scientists.

“The biggest highlight from Eskom Expo must have been meeting so many incredibly talented young South Africans and hearing their stories and learning from their projects,” he says about his overall experience taking part in Eskom Expo.

As a second year student at the University of Pretoria, Samlal is currently studying towards a Bachelor of Science in Microbiology, majoring in Medical Microbiology. He credits his mother Reshma as his biggest driver and motivator for studying this degree.

“My mother is a nurse who now runs her own private ambulance service. I would always talk to her about the healthcare system and community-acquired diseases, and we would often speak about where research and medical practice intercept,” he says.

In light of the Covid-19 pandemic crisis and lockdown, Samlal encouraged learners to balance rest and school work, while checking in on themselves mentally and physically.

“I have always wanted to start a podcast with my friend Asande Vilane, and I finally have,” he says. “The podcast is called ‘The Dialogue Podcast’. If there is a topic in science, literature, philosophy or anything else that learners have always been interested in learning about, now is the time to do so. Take it from me, you never know how far a single idea can take you in life.”